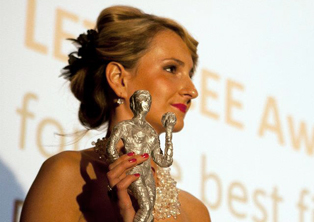 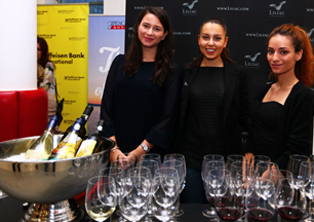 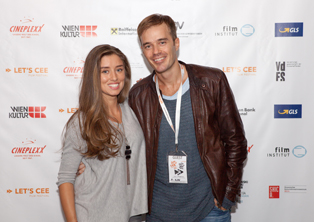 LET'S CEE and its partners

The commitment of funders, sponsors and partners to the LET’S CEE Film Festival strengthens their image as companies that are strongly inclined towards culture and an open society, and as organisations which accept their social and cultural responsibilities. Thus they express not only support for the festival goals, but also share its philosophy. Specifically, festival partners demonstrate that they consider the advancement of international acceptance and distribution of films from Central and Eastern Europe as one of their objectives – a fact that will be appreciated by migrants, Austrian film enthusiasts, and people in the countries where these films were produced. Supporting LET’S CEE is a clear statement that integration is everyone’s business. It is of mutual interest that immigrants from Central and Eastern Europe – and especially their knowledge of other languages and culture – are seen as an enrichment to the city of Vienna, and to Austria.

How will the festival be promoted?

The LET’S CEE Film Festival 2018 will be promoted with a comprehensive advertising campaign and constant PR activities. The first press and PR activities as well as a teaser campaign will be started by the end of the year at numerous CINEPLEXX cinemas in Austria and abroad, as well as within the network of media partners to the festival. The advertising campaign will be launched not later than ten weeks before the festival, and it will consist of a festival trailer, posters, postcards, print ads, and online and guerrilla marketing activities. The campaign will be further supported by press conferences and multiple press releases before and during the festival.

Which are the benefits for sponsors and partners?

Because of the festival’s character, the range of benefits which festival partners can expect in return for their support is broad and varies from classically promotional offerings to participation at the gala receptions. The LET’S CEE Film Festival can be fully integrated into the company communications of collaborating partners, since tickets for film screenings and the framework programme, as well as invitations to exclusive events (for employees and business partners alike) are an essential part of every LET’S CEE sponsorship package. Due to the new date, passes and vouchers can be offered to companies as Christmas gifts for their employees and customers. And of course, one of the most prestigious ways of supporting would certainly be the donation of one or more awards for the winning films.