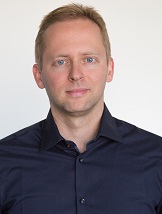 Michał Oleszczyk is an Assistant Professor of Film Studies at the Artes Liberales Department of University of Warsaw. He is a translator and a critic; his writing  has appeared in Polish and American outlets, such as Kino, Dwutygodnik and RogerEbert.com. He was awarded the Krzysztof Mętrak Award for Young Critics, the Polityka fellowship, and the Polish Film Institute Award for Best Film Critic. He worked as programmer for Off Plus Camera Festival in Kraków and as the Artistic Director of Gdynia Film Festival (2013-2016). Between 2012-2015 he programmed a series of Polish films for Polish Filmmakers NYC. His Ph.D. was defended in 2012 and concerned the critical writings of Pauline Kael. He has worked as a script evaluation expert for Polish Film Institute. 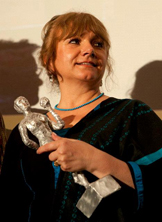 Rada Šešić, born 1957 in Bjelovar in Croatia, studied and worked in Sarajevo, before moving to Utrecht in 1993. She is a filmmaker, a critic and film professor and has worked at several international film festivals (International Documentary Film Festival Amsterdam, International Film Festival Rotterdam, Sarajevo Film Festival, DOK Leipzig and International Film Festival of Kerala in India) both as a curator and a jury member. Rada Šešić has been teaching at the University of Amsterdam for many years and is a visiting lecturer at the Film School in Geneva and at the Anadolu University in Turkey. She has also planned and held several workshops in Europe and India. Her short films and documentaries have won several awards and were presented at over 40 international film festivals. Her films have been archived at the MoMA in New York. 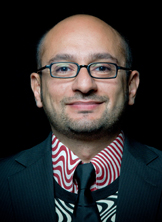 Arash T. Riahi, born 1972 in Iran, has lived in Austria since 1982. After studying film and human science he founded the film and media production company Golden Girls Filmproduktion in 1997. He’s been the group leader and dramatic advisor at the MEDIA programme SOURCES 2 since 2010. His body of work comprises various awarded documentaries, commercials, music videos, short and experimental films, including the internationally acclaimed and award winning documentary Exile Family Movie as well as the cross media project Everyday Rebellion (realised together with his brother Arman). His first feature film Ein Augenblick Freiheit from the year 2008 received 30 international awards und was Austria’s official candidate for the Best Foreign Picture Oscar in 2010. 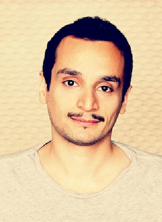 Arman T. Riahi, was born in Iran in 1981 and grew up in Vienna. He studied media technology in Vienna and worked as a graphic and screen designer in London and Vienna. He has been working as a director and author for several film and TV productions, such as the Donnerstag Nacht format on Austrian Broadcasting Corporation ORF. His most important works include the film series Momentum – What drives you, the TV documentary Africa Race, as well as the feature documentary Dark Head, which premiered as the opening film for the 17th Sarajevo FF and won the Audience Award at the Diagonale FF. In 2013 Riahi was granted the Start-Scholarship for Film Arts of the Federal Chancellery of Arts. He has since been working as a lecturer at the University of Applied Sciences for Media Technology. His first film, in collaboration with his brother Arash, was the feature documentary and cross-media project Everyday Rebellion, which was screened at over 60 international film festivals and won several awards. Kinders, the second documentary by the Riahi Brothers. Arman’s first fiction film, the comedy The Migrumpies, is part of the LET’S CEE programme 2018. 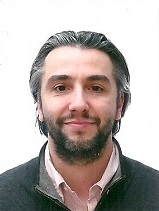 Short Film Programme
Out of Competition

Denis Mujović was born in Priština, raised in Sarajevo and is of Dutch nationality. He studied Business Administration, Photography and Video as well as Film Production in the Netherlands. He is founder and was director of Eastern Neighbours Film Festival in the Netherlands. Denis Mujović took part in the feature film Joy, which won Best Dutch Production in 2010, in the TV series Bojimans TV, awarded with Museumprijs in 2010, and recently in the road movie Meet me in Venice, which was awarded at Woodstock FF. His projects include short and feature films, music videos and event productions. As of late, Denis Mujović has been working on different film projects in Vienna with his production company New Ground Productions. In 2016, he founded Dutch Film Days Vienna. 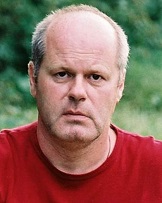 Andreas Ungerböck was born in 1960 and is an Austrian author and co-editor of the film magazine ray. He studied journalism and theatre studies in Vienna, and wrote his dissertation on Rainer Werner Fassbinder in 1988. He curated numerous retrospectives for Asian cinema and is also the author of books such as Spike Lee (2006), Revanche - Ein Film von Götz Spielmann (2009), Ang Lee und seine Filme (2009), Peter Patzak (2009) and Real America (2012). He was the editor of the Viennale catalogue from 1994 to 2002. 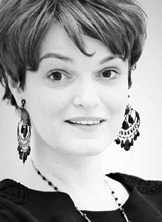 Magdalena Żelasko, originally from Cracow, has been living in Vienna for about 20 years now. The certified marketing and advertising expert with a diploma from the Business School in Cracow studied  Slavic studies, journalism and communication sciences at the University of Vienna, which she soon after rounded up with a Ph.D. in 2005. She has worked as a manager for several international companies and as a journalist for various Austrian and Polish media. The university lecturer with focus on culture and communication is also involved in a number of associations and supports several non-profit organisations. She is co-founder and director of the LET'S CEE Film Festival.