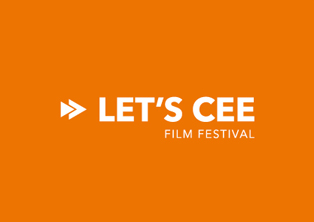 INVITATION TO THE PRESS BREAKFAST
25 June 2015
LET’S CEE YOU AGAIN!

A first look at the programme of 2015 reveals: Despite the lack of financial support from public authorities and an increasingly xenophobic climate, the LET’S CEE Film Festival stays right on track and continues to grow.

For the fourth time the LET'S CEE Film Festival invites interested individuals and parties, migrants and Austrians to engage in an intercultural exchange and dialogue at Urania Kino, Actor’s Studio, Village Cinema Wien Mitte and further venues during 1-11 October 2015.

Despite the continuing lack of support from the public – as of now neither the MA 7 of the City of Vienna nor the Section for Arts and Culture in the Federal Chancellery gave us approval of funds – and an increasingly xenophobic climate, the LET’S CEE Film Festival stays right on track and continues to grow.

More than 100 film guests from abroad will arrive in Vienna to present their work, including Sally Perel from Israel, also known as "Hitlerjunge Salomon", and in all probability the legendary director from Serbia Emir Kusturica. Concerning the number of feature films, documentaries and short films from Central and Eastern Europe, screened in original version with English or German subtitles and mostly as Austrian premieres, the mark of 100 is going to be broken in 2015. Also in regards of visitors and spectators we aim for new records.

How we are going to accomplish these goals, which films you can see, who our cooperating partners are and much more information, you can learn at the press breakfast with

Magdalena Żelasko and Wolfgang P. Schwelle, directors and founders of the LET’S CEE Film Festival, and Christof Papousek, managing partner of Cineplexx International and Presenting Partner of the festival.