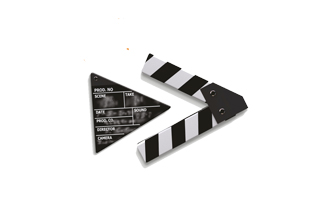 Response LET’S CEE:
Until recently Kaup-Hasler had no clue who we even are. Considering her quote mid-November: “I don’t know your festival”, her accusations are rather harsh. This ignorance explains probably why she does not see us as bridge builders. It is almost impossible to build more bridges than we did, despite the growing lack of financial support by the public authorities.
Between Russians and Ukrainians, between Serbs and Bosnians, between Holocaust survivors and Viennese school pupils, between refugees and Austrians etc. This sequence can be continued almost randomly to proof our point.
To accuse us, who have been contributing an abundance of events to the Viennese culture – unpaid for the most part –, of cultivating envy among the film festival scene by daring to broach issues such as the on-going injustice and the lack of transparency behind the funding policy in the cultural department, certainly does not add any reification to the discussion. Moreover, this reaction is the pure expression of discursive helplessness. The figures clearly speak for themselves: No matter which quantifiable criterion one chooses to use – the number of films, of screenings, of festival visitors, of supporting events etc. – we are fobbed off with a fraction of the average amount of subsidies other festivals receive per film, per screening etc. from the City of Vienna. There is no verifiable reason for that, except discrimination. We do not want to be better off than other festivals – we only want to be treated equally. (See the  comparison: MA 7-Vergleich: Wiener FF 2017).
The knockout argument about envy is not one that we are the only ones to hear all the time. Every time the responsible persons at MA 7 cannot provide any reasons, they resort to the argument of jealousy or accuse their critics of being troublemakers just for the sake of it. We find this approach boring.

Response LET’S CEE:
Not one word of this statement is true. Factum est: For the submission to the City of Vienna concerning the festival dates of 1 to 12 May 2019, only one of our sponsors declined. He contributed three per cent to our budget and we immediately were able to replace him by another sponsor from the same sector. Kaup-Hasler must have been falsely informed. Otherwise she probably would not spread such allegations. Apparently, she referred to one of our submissions to the EU which was dismissed. Apart from the fact that these statements are discrediting violations of the General Data Protection Regulation since our non-consideration was neither published by EU MEDIA nor by us, the mentioned submission referred to another date. For your information: The decision about the call by Creative Europe MEDIA referring to the festival date in May 2019 has not even been taken yet.

Response LET’S CEE:
Also the implied accusation of deficient mixed financing is false. Kaup-Hasler would only have to take a look at our submitted calculation. According to this, our application for subsidies at MA 7 of 85,000 Euro for the festival’s 2019 edition measures up to 21 per cent of our total budget. It is even less – only 12 per cent – when taking into account non-cash benefits and services. The amount of 35,000 euros that were finally approved by the MA 7 for the LET’S CEE 2019, would account for nine or respectively five percent of the total budget anyway. Regarding mixed financing, we presume our position to be more diverse then most of the other festivals (compare: FÖFF-Filmfestivalreport from 2016).