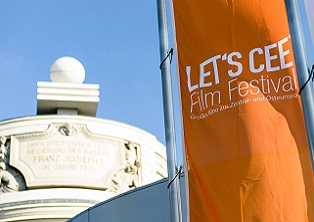 The crisis of the Viennese film festival scene endures: the organisers of LET’S CEE have had to cancel this year’s edition of the festival and are criticizing the funding policy of the City of Vienna and Federal Chancellery.

After six festival editions with a total of 610 films, over 76,000 visitors, more than 600 predominantly international festival guests, over 1000 film screenings and hundreds of other events, a difficult decision has been made: the seventh edition of the LET’S CEE film festival, which had been planned for May 2019 and which focuses on films from Central and Eastern Europe, has been cancelled.

“We are obviously not welcome in Vienna,” says Magdalena Żelasko, founder and director of the LET'S CEE Film Festival. “We continue to be massively disadvantaged by the two most important cultural funding bodies in Austria, the cultural department of the City of Vienna and the Federal Chancellery.” The organisers had requested 85,000 euros from the City of Vienna cultural department and 65,000 euros from the Federal Chancellery film department to fund the comprehensive 12-day programme, including 180 films, more than 400 screenings and numerous supporting events. A mere third of the request was granted. „With such limited financing, it would be impossible to organize a festival such as ours – even if it were done on a completely voluntary basis. And those responsible are well aware of that,” says Wolfgang P. Schwelle, who runs the festival together with Żelasko and openly speaks of discrimination. The awarded funds would have covered a sheer seven to 28 percent per screening, per festival-goer, per event etc. compared to what all other film festivals funded by the City of Vienna cultural department receive on average in these categories.

The festival’s organisers simply refuse to believe that the cinematographic works of the CEE region, and moreover, works that focus on important topics such as integration, diversity, international understanding, linguistic diversity, Europe, the culture of remembrance and human rights, are treated as less eligible for aid and less socially and culturally beneficial compared to film festivals with other thematic focuses. This is all the more upsetting considering that more than 50 percent of Vienna’s population has a migration background.

Żelasko: “LET’S CEE is one of the few cultural initiatives addressing the native cultures of Central and Eastern European people living in Vienna. In a time when nationalism is regaining dangerous grounds, a project unambiguously dedicated to dialogue is finally cut off of existential ties. You can look at it whatever way you want.”

“Objectively, such a disadvantage simply cannot be justified. So, when we talk about discrimination, it is not us simply complaining, it is a stating of facts,” says Schwelle, who detects a crisis among the Viennese film festival scene: “We are not the only ones who have come under pressure recently. Kino unter Sternen gave up in 2018, identities did not even try to apply for funding, Poolinale is already history and we were increasingly starved out. A lot has been going wrong for some time now.” The recent withdrawal from the Forum of Austrian Film Festivals (FÖFF) can be seen as a sign of protest in this context.

Schwelle and Żelasko massively disapprove of how the City of Vienna cultural department MA 7 and Federal Chancellery film department practice the funding of film festivals. Specifically under intense criticism are the appointments of advisory councils, the disregard for eligibility criteria, the lack of transparency and traceability of funding decisions, as well as the deadlines for funding. “Urgently needed changes will probably come too late for us, but it would be in the taxpayers’ best interest if a whole range of open issues were finally tackled,” says Żelasko, who certainly does not want to rule out the festival’s comeback in 2020. 30 years after the fall of the Iron Curtain, 15 years after the eastward enlargement of the European Union and just ahead of the upcoming elections of the European Parliament, the festival’s forced cancellation certainly has great symbolic power – still, not greater than a return in the following year.