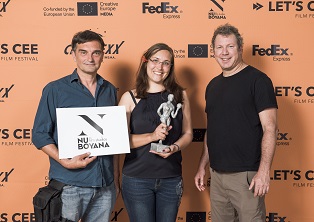 At the award ceremony of the 6th LET’S CEE Film Festival, which took place on Friday night, the winners of separate ten categories were announced. Janez Burger’s social thriller from Slovenia won the newly created and prestigious Danny Lerner Award for Best Feature Film – one of many awards won by the Balkan region this year.

HERE you can find the jury statements.

HERE you will find press photos (reprint free of charge).

Last week, Hungarian Márta Mészáros personally received her Urania Star, whilst Ukrainian Kira Muratova was unfortunately not able to personally accept this award, but expressed her gratitude through a recording at the closing ceremony. The fact that two legendary female directors were awarded LET’S CEE’s Lifetime Achievement Award “after the prize went to five brilliant male directors in the previous years comes as no surprise, and is an important sign at the right point in time,” says Magdalena Żelasko, one of the festival’s directors.

Out of the twelve individual productions that entered the competition for Best Feature Film, Slovenian Janez Burger’s emotional road-trip Ivan took home the prize. The bleak social thriller follows a young woman stuck in the middle of a corrupt and patriarchal society, searching for a sense of identity as well as her baby’s love. The jury described it as “courageous, deep, painful and beautiful”. The winner was awarded the Danny Lerner Award – named after the legendary Israeli film producer – along with 5,000 euros in cash and an additional 50,000 euros worth of services endowed by the Nu Boyana Film Studios.

An honourable mention went out to Bosnian Alen Drljević’s international coproduction Men Don’t Cry, a beautifully observant, psychological drama which focuses on attempts of reconciliation by formerly hostile war veterans of the Yugoslavian war. A further mention went out to Stephan Komandarev’s Directions, whose film focuses on a night in the lives of multiple taxi drivers and their customers: a social and moral take on the disruption of his homeland, Bulgaria, and potentially all of Central Europe.

Ten candidates were up for first prize in the Documentary Competition. Czech Jan Gebert’s When the War Comes, a film which focuses on the paramilitary training of right-wing nationalist Slovak youths, took home the prize for the way it “almost unbearably describes the haunting spirit of today”, as deemed by the jury. Polish Marta Prus’ impressing documentary Over the Limit earned an honourable mention for its story about a young sportswoman who tries to go beyond her own limits in a brutal training environment.

This year’s Promising Debuts Competition was ripe with thirteen separate entries, but Secret Ingredient from Macedonia took home the gold. Director Gjorce Stavreski managed to “fuse drama and comedy in an enchanting way” with his dark humour debut. Further honourable mentions went to Slovak Tereza Nvotová for Filthy, Romanian Emanuel Pârvu for Meda or The Not So Bright Side of Things and Polish Jagoda Szelc for Tower. A Bright Day. 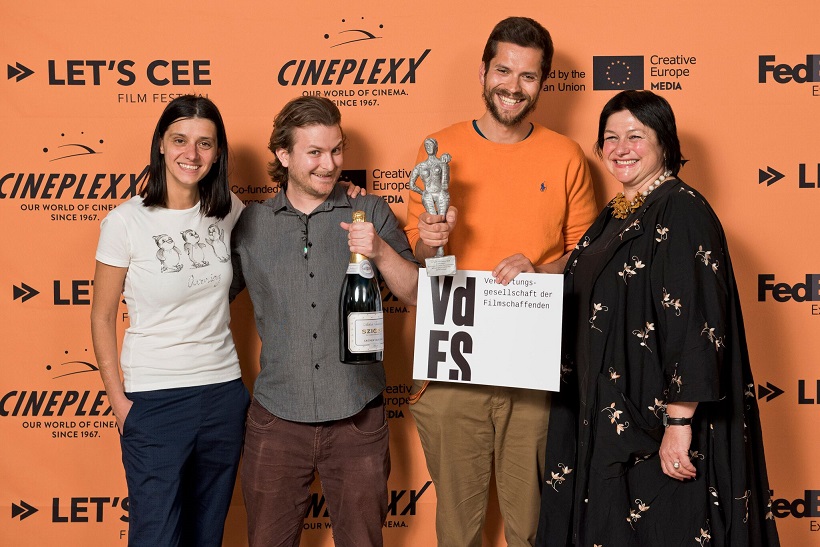 Macedonian Goran Stovelski’s Would You Look at Her tells the unlikely tale of young woman living in a world dominated by men and with it, won the Short Film Competition. An honourable mention went out to Aleksandra Terpińska from Poland for The Best Fireworks Ever andto Gábor Benő Baranyi from Hungary for Hide and Seek. The prize for the best short film made during this year’s one-week Talent Academy went to the film DANGEROUSLY GOOD… by Rea Lest from Estonia, Nastja Kotnik Minik from Slovenia, Anton Skrypets from Ukraine and Naima Noelle Schmidt from Austria.

The winner of the newly-created Cineplexx Distribution Award is the Serbian production Ederlezi Rising, which got an additional 20,000 euros in services and help for its international theatrical release. Lazar Bodrožas’s debut film was hailed to have the most potential with a broader audience. Directions and Secret Ingredient also got honourable mentions.The award for best theatrical performance by any actor or actress in any of the entries was given to Eliane Umuhire from Rwanda for her performance in the Polish drama Birds Are Singing in Kigali, directed by Joanna Kos-Krauze and Krzysztof Krauze. 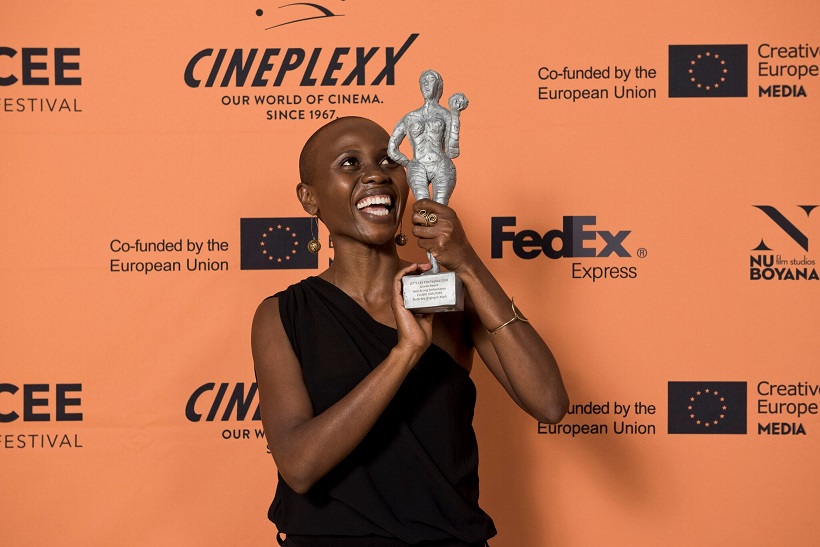 Two films from all the entries were also awarded an audience prize, one for best feature film and one for best short film. The drama Dede by Mariam Khatchvani from Georgia won the former, whilst the Austrian entry The Story of the Polar Bear that Wanted to Go to Africa by Mo Harawe about a young Syrian woman who makes her way from Slovenia to Austria took home the latter.

All categories, juries, prizes and laureates are summarised here

Award for Best Short Film made in the LET’S CEE Talent Academy
Dangerously Good… by Rea Lest from Estonia, Nastja Kotnik Minik from Slovenia, Anton Skrypets from Ukraine and Naima Noelle Schmidt from Austria.

For any further questions, please contact the LET’S CEE PR Department via:
pr@letsceefilmfestival.com