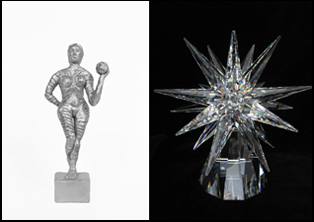 Last weekend, this year’s winners of the fifth LET’S CEE Film Festival were announced at the Award Ceremony at the Viennese Urania, attended by a great number of international festival guests. Among the awardees of already nine categories were a lot of surprises too. After a strong Hungarian opening film, many of the prizes went to Hungary as well on the weekend. Young Austrian filmmaker Olga Kosanovic received the Audience Award for her short film Undercooling.

The LET’S CEE Lifetime Achievement Award, the Star of the Urania, was given to the legendary Hungarian filmmaker Béla Tarr, whilst Hungarian-Austrian publicist Paul Lendvai held a highly emotional laudatio. “Be brave, make no compromises; don’t knock on doors, kick them down,” was Tarr’s advice to the present young filmmakers. After István Szabó, Tarr is the second Hungarian filmmaker to have been awarded with this award.

Also the Urania Award 2017 in the feature film category went to Hungary, namely to Attila Till. Up against eleven very strong films, Till’s Kills on Wheels is a gangster comedy that is as entertaining as it is intelligent, where amateur actors in wheelchairs play out to be the biggest professionals. A special mention was extended to the Russian film The Student by Kirill Serebrennikov. A film that warns of the dangers of fundamentalism. Illlegitimate by the Romanian director Adrian Sitaru, Death in Sarajevo by the Oscar-winning Danis Tanović and the daring Hungarian political debut The Citizen by Roland Vranik went home empty handed.

Ten different pieces competed in the documentary film category. The winner was the Romanian entry A Mere Breath, submitted by Monica Lãzurean-Gorgan, who paints a quiet and delicate family portrait as she films her protagonists going about their daily life over the course of seven years. However, honourable mentions were expressed in favour of the sobering entry Communion by the Polish director Anna Zemecka leaving a long-lasting effect, and of Tonislav Hristov’s Finno-Bulgarian co-production The Good Postman, a bittersweet look at the refugee crisis. The world sensation and music documentary Liberation Day about a concert held by the Band Laibach in North Korea or Zosya Rodkevich’s very personal portrait My Friend Boris Nemtsov could not fully convince the jury.

In the Promising Debuts Competition, where eleven outstanding entries competed for first place, the prize ultimately went to Grigor Lefterov and Todor Matsano for Hristo, a Bulgarian-Italian co-production. This unpretentious and authentic social drama revolving around a homeless adolescent was awarded with one of the Urania Awards designed by Tone Fink. Both the socio-critical thriller Dogs by Romanian director Bogdan Mirică and family drama Together for Ever by Lithuanian director Lina Lužytė got an honourable mention in the same category.

A further eleven pieces were running in the Short Film Competition, where this year’s motto read “World in Transition”. Buzzing of a Bumblebee by Vladimir Beldian from Russia took home first place, whilst another Russian entry, Masterpiece, by Irina Storozhenko, the Slovenian A New Home by Žiga Virc and the Azerbaijani-Lithuanian production Shanghai, Baku by Teymur Hajiyev all got honourable mentions.

The Award for the Best Acting Performance was given to Croatian actress Ksenija Marinković, who has already starred in three separate productions shown at the LET’S CEE Film Festival.

Focusing on feature, documentary and short films from Central and Eastern Europe, including the Caucasus region and Turkey, the LET’S CEE Film Festival is taking place till 27 March, when the winning films will be screened once again.

Jury Statements and the full list of LET'S CEE winners can be found here:
http://www.letsceefilmfestival.com/pressemitteilungen-detail-en/items/464.html

Pictures and texts can be found here:
https://www.dropbox.com/sh/9a21eijz4wouwwa/AAD_yd0rRqqenabb0MoM_rpsa?dl=0