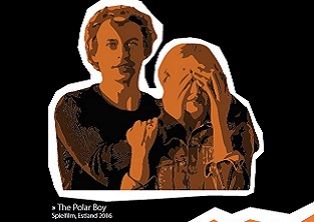 With 141 films to be shown, the programme of the fifth edition of LET’S CEE 2017 is going to be more wide-ranging than ever before. Austria’s only festival for Central and Eastern European films clearly remains on a growth path.

From March 21st to 27th, 141 feature films, documentaries and short films from Central and Eastern Europe as well as from the Caucasus region and Turkey will be presented at the now fifth LET’S CEE Film Festival, at a total of six venues in Vienna, and, for the first time, at two new venues in Graz and Villach. A new record will be set with a total of 183 screenings. The same goes for the number of guests coming from foreign countries, among which luminaries like directing genius BÉLA TARR from Hungary, movie icons like KSENIJA MARINKOVIĆfrom Croatia, LAZAR RISTOVSKI from Serbia and the two Oscar winners DANIS TANOVIĆ and ASIF KAPADIA will be present. And, of course, the organisers hope to increase the number of visitors once again – the last film festival welcomed just above 15,000. With the LET’S CEE TALENT ACADEMY and the first two-day LET’S CEE INDUSTRY DAYS, the festival has clearly broadened its offer for filmmakers. The only thing that has been reduced is the number of festival days, from nine to seven, however only meaning that there will be more screenings per day.

Within the context of four fierce competitions, a total of 43 Austrian premieres will be taking place, a number of them in the short film competition. As always, all films will be shown solely in the original version with English or German subtitles.

THE CITIZEN by ROLAND VRANIK, a nuanced examination of the topic of integration packed in an unusual love story, is going to be the opening film. The movie will also take part in the feature film competition, alongside the Silver-Bear-rewarded drama DEATH IN SARAJEVO by Bosnian Oscar winner Winners DANIS TANOVIĆ, the winner of the Montréal Film Festival THE CONSTITUTION by Croatian RAJKO GRLIĆ, the Romanian masterpiece ILLEGITIMATE by ADRIAN SITARU, and further certainly promising outsiders such as the tough feature film debut ANNA’S LIFE by Georgian director NINO BASILIA or the Polish production PLAYGROUND by BARTOSZ M. KOWALSKI, which addresses the phenomenon of excessive childhood violence with a cast of amateur actors. Altogether, there are eleven films in the contest.

A further eleven candidates will be competing in the PROMISING DEBUTS COMPETITION, including the Turkish winner of the Sarajevo Film Festival ALBUM by MEHMET CAN Mertoğlu, the Grand-Prix-Winner of the Sofia Film Festival ZHALEIKA by ELIZA PETKOVA and the winner of last year’s FIPRESCI award in Cannes, Romanian production DOGS by Bogdan Mirică.

The DOCUMENTARY CONTEST will reflect current social phenomena and is characterised by courage and political relevance. This time, one of the most powerful contributions in this category will be from Russia: produced with a budget of only 15,000 Euros, MY FRIEND BORIS NEMTSOV by 26 year-old ZOSYA RODKEVICHwas, among others, already selected as the best contribution at the Krakow Film Festival. In the Sundance highlight THE GOOD POSTMAN by TONISLAV HRISTOV, postman Ivan tries to deal with the difficult topic of the refugee crisis – at times humorously, at times depressively –, while Turkish BERKA BAŞ and MELIS BIRDER examine the conflict between the Turkish government and the Kurdish minority by taking the example of a local basketball team in their film BAĞLAR. Fans of music documentaries won’t get the short end of the stick. In the highly-praised production LIBERATION DAY by the Latvian-Norwegian directing duo MORTEN TRAAVIK & UGIS OLTE, iconic artist group LAIBACH shapes music history with its Liberation Day Tour 2015 by being the first western band to perform in North Korea, while in the gripping documentary SCREAM FOR ME SARAJEVO, Bosnian TARIK HODŽIĆrecalls a legendary concert by Iron Maiden frontman Bruce Dickinson in the middle of war.

For the first time ever, there will be three Austrian films among the eleven finalists of the short film contest: EISENHERZ by FRANZ MARIA QUITT, UNDERCOOLING by OLGA KOSANOVIC and PRINCE BUTYESYES by ANATOL VITOUCH and Ondřej Cikán are going to celebrate their world premieres at the festival. Further competition entries will be coming from Russia, Romania, Ukraine/Poland, Bulgaria, Croatia and Slovenia. Unlike the full-length feature films, all competition entries in this category are shown with free admission. This also applies for all of the other approximately 50 short films. The Middle Hall of the VHS Urania is going to be the meeting point for all short film fans.

Further productions from Austria are also going to be seen in the new programme AUSTRIAN DAY where selected productions which caught attention at the last Austrian Film Awards will be shown, among them FLY AWAY HOME by MIRJAM UNGER and NIGHT OF A 1000 HOURS by VIRGIL WIDRICH.

What you can also find in the festival programme are several country-specific focuses, such as the CULTURAL YEAR AUSTRIA – CROATIA 2017 where Croatian actress KSENIJA MARINKOVIĆ is in the centre of attention, very entertaining ROMANIAN HIGHLIGHTS, a POLISH FOCUS with selected productions of the past few years, as well as a PÖFF Short Film Programme, curated with the A-list Film Festival Tallinn Black Nights, and the best of Polish animated films, presented with the Krakow Film Foundation.

In honour of Polish master director ANDRZEJ WAJDA, who passed away last autumn, there will be a film retrospective with five of his best films which will be curated by the director of the Competitive Film Festival Warsaw, STEFAN LAUDYN. Furthermore, Laudyn is going to conduct a Master Class and analyse the interdependences between Competitive Film Festivals and filmmakers from both sides.

On March 25th, the winners of the LET’S CEE AWARDSwill be announced at the Awards Ceremony. However, one winner is already certain: Hungarian BÉLA TARR, one of the most influential directors of the last 30 years, is going to be honoured with the STAR OF THE URANIA as a life-time achievement prize at the Awards Ceremony. The next day, there will be a unique occasion to experience the master director at the Master Class ON THE ART OF FILMMAKING.

In 2017, for the first time, there is a considerably wide and internationally oriented offering for the film business. Both the LET’S CEE TALENT ACADEMYwith around 30 young filmmakers, as well as the two-day symposium LET’S CEE INDUSTRY DAYS, where local and international experts are going to give lectures on current topics in film business, are newcomers to this range. Apart from lectures, panel discussions and case studies, a LIVE! AMMUNITION!PITCHING SESSION will also be offered where ELLIOT GROVE, founder and director of the RAINDANCE FILM FESTIVAL in London, is going to lead participants through the evening. Furthermore, Grove will deliver two Master Classes.

Apropos: At this year’s LET’S CEE Master Classes, the band members of LAIBACH, IVAN NOVAK and MINA Špiler are going to provide insight into the interdependences of art and propaganda while war reporter HERNÁN ZIN will be talking about his everyday life and presenting his latest documentary, BORN IN SYRIA.

The very educational LET’S CEE SCHOOL CINEMAwill be rounded off with the feature film ALI AND NINO by Oscar-winner ASIF KAPADIA and the Czech-Slovakian documentary THROUGH THE EYES OF THE PHOTOGRAPHER– where not only Slovakian Emmy award winner Matej Mináč, but also his mother, 85-year-old photo artist, holocaust survivor and the film’s protagonist, Zuzana MináčovÁ, will be answering questions from the audience. This Q&A round will not only take place at the school cinema, but also at a shared Master Class whose focus is set on the successful formula of film portraits.

Apart from the usual LET’S CEE venues – the URANIA CINEMA (which will also serve as a festival centre), the VILLAGE CINEMA WIEN MITTE and the ACTOR’S STUDIO – ARTIS INTERNATIONAL and the cinema institution BREITENSEER LICHTSPIELE have been added. The new section BEST OF CLASSICS where, for instance, three silent film highlights from Russia, Poland and Romania will be accompanied live by GERHARD GRUBER on the piano, is going to be presented at the latter.

In addition to established programme partners such as the BRUNNENPASSAGE, the DIVERSITY BALL and the TANZQUARTIER WIEN, this year there will be a considerable number of new cooperation partners like the TRANSITION INTERNATIONAL QUEER MINORITIES FILM FESTIVAL and six European film institutes and film festivals (such as the TALLINN BLACK NIGHTS IFF, the Spanish REC FF and CINEMA VISEGRAD from France), with the aid of which the Audience Development programme OFF THE WALL / ACROSS THE LINE (supported by Creative Europe MEDIA) is realised. Together with EAST SILVER CARAVAN, a project of the documentary film institute located in Prague, four superb documentaries from the CEE region will be given greater presence at international festivals.

Last, but not least: this year, the LET’S CEE PARTYLINE is going to take place at CAFÉ BAR LOUNGE URANIA as well as, for the first time, at MARKTEREI (free admission). On March 24th, members of the Society of Austrian Actors and Actresseswill ensure a great atmosphere on the dance floor.

On March 25th, right after the Awards Ceremony, the fun continues. Whoever is interested in meeting international filmmakers, is absolutely welcome on both networking evenings.

And finally, a very important information: on March 3rd at 7 p.m., the regular ticket sale started! With a regular price of 9 Euros (8 Euros at the pre-sale) and a reduced price of 7.50 Euros (pre-sale: 7 Euros), the tickets are still very cheap – especially seeing as a Q&A with film guests is often included. With the festival passes which allow you to see all films for 70 resp. 60 Euros (subject to availability), you can enjoy films for a comparatively small amount of money. With this in mind: LET’S CEE YOU SOON!

The programme overview can be found at our website under:
http://www.letsceefilmfestival.com/programme-overview.html

You can find our online calendar here:
http://www.letsceefilmfestival.com/calendar2017.html

And here is the online pocket guide:
https://www.yumpu.com/de/document/view/57192928/lets-cee-film-festival-pocketguide

Current texts and photos, which have been prepared for media representatives, can be downloaded at the following link:
http://www.letsceefilmfestival.com/downloadarea.html

As always, our film- and festival guests are at your disposal for Interviews. Please contact us regarding interview possibilities at pr@letsceefilmfestival.com.

Here you can take a look at the confirmed guest list and their arrival times in Vienna. http://www.letsceefilmfestival.com/festival-guests.html

LET’S CEE-correspondents from all media sectors (print, online, TV, radio, Web-TV, Photo, etc.) are welcome to apply for a press accreditation. With an accreditation, they will have access to all film screenings at the festival and to the Industry Days, and, furthermore, receive a discount for the LET’s CEE Master Classes.

Fees and deadlines for accreditations:

You can find the accreditation form here:
https://vp.eventival.eu/letscee/2017

For all questions regarding press accreditations, feel free to contact Susanne Herta at accreditation@letsceefilmfestival.com.

Last but not least:

The next press conference for the LET’S CEE Film Festival will take place on March 21st, at 18:30 in the Dachsaal of the VHS Wiener Urania. We cordially invite you to join us.

On this note: LET’ S CEE you soon!