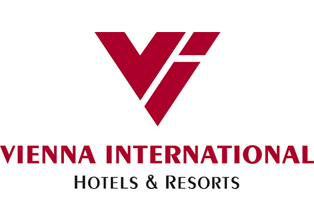 Vienna, 22 July 2013 – Vienna International Hotelmanagement AG is among the sponsors of this year’s LET’S CEE Film Festival in Vienna. The Austrian hotel chain thus acknowledges the importance of its core markets in Central and Eastern Europe (CEE) and is happy to promote striving young artists from this region.

Apart from supporting the LET’S CEE Film Festival financially, Vienna International Hotels is also sponsoring this year’s Artist in Residence Award – the audience award for the best short film. The winner gets a one-week stay at the andel’s Hotel Lodz in Poland and the chance to present the award-winning film at the Forum of European Cinema Cinergia festival. He or she will also be able to explore the internationally renowned Lodz Film School. The andel’s Hotel Lodz is situated on the premises of the Manufaktura, a former textile mill known to cineasts from big movie productions such as The Promised Land (Polish: Ziemia Obiecana) or David Lynch’s Inland Empire.

Moreover, VI Hotels will hold a raffle for festival tickets and a VIP package for the LET’S CEE Film Festival via its Facebook channel. Read more about the lottery at:

Vienna International Hotelmanagement AG was founded in 1989. On the basis of individual management contracts, Vienna International operates and is developing a total of 30 first-class hotels & resorts and 1 hotel project. The portfolio comprises city, resort, spa and conference hotels. The hotels are located in nine European countries: Austria, the Czech Republic, Poland, Croatia, France, Germany, Romania, Slovakia and Russia. In addition to holiday and leisure products internationally, e.g. in Loipersdorf, Salzburg, Carlsbad and Opatija, the focus of the destinations is on business centres such as Salzburg, Munich, Berlin, Paris, Prague, Cracow, Łódź, Bucharest, and Ekaterinburg. The group currently employs a total of about 2,500 people. More information about VI is available online at www.vi-hotels.com.