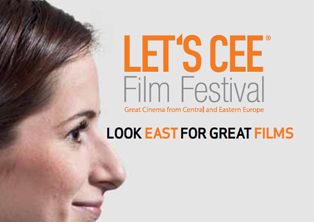 The LET’S CEE Short Film Competition (‘Competition’) is one of three official film competitions of the LET’S CEE Film Festival. The underlying theme of the Competition in 2013 is the ‘civil society’. The Competition will give ten young film directors from Central and Eastern Europe, as well as Austrian ones, the chance to present their work personally at the international LET’S CEE Film Festival, to compare their work directly to that of other excellent young filmmakers, and to exchange thoughts with their colleagues.

Films eligible for Competition are to be considered according to all criteria mentioned below:

The Call for Entries for the 2nd edition of the Festival for will be opened between May 1st and June 16th, 2013.

4.1. Invitation of the film’s director selected for the Short Film Competition

All short films will be competing for money prizes; the exact amount will be announced in July 2013. All prizes are always rewarded to the director of the winning film.