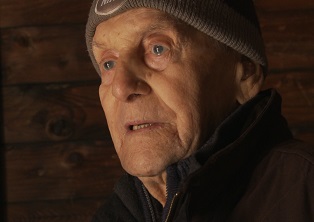 The LET’S CEE Film Festival is paused, but we remain active! As CEE FILMS, we will soon bring Simon Wieland's newest documentary to the cinema.

The documentary MAUTHAUSEN – TWO LIVES (Austria 2020) tells the story of two people who were in the Mauthausen Concentration Camp during the Nazi regime – Stanisław Leszczyński, born in Łódź, was there as a prisoner, while Franz Hackl, from Mauthausen, worked there as an apprentice. Two fates that could not have been more contrary - and yet they have so many disturbing things in common. The Austrian director Simon Wieland managed to portray the two protagonists and their confrontation with Mauthausen - an important symbol for the Holocaust by focusing on guilt and inhumanity in a sensitive and multifaceted manner. The result is a strong and very moving documentary about humane and also, above all, inhumane behavior in the face of crime.

For further information and tickets please check the website: www.letsceefilms.eu.