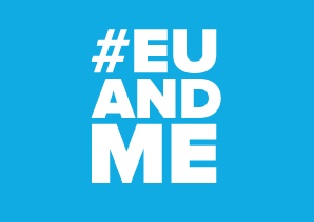 Ahead of the European elections the Representation of the European Commission in Austria and LET’S CEE Film Festival are inviting teenagers and young adults to the cinema. By watching exciting short films and engaging in subsequent discussions with top-class guests, the young viewers will be encouraged to make use of their voting rights on 26 May 2019.

On Europe Day on 9 May throughout Austria, the EU Youth Cinema will be screening short films by award-winning European directors dealing with young people and their rights and opportunities in the EU. Following the film screenings, moderated discussions will be held with outstanding guests. The film presentations will be complemented by discussions with outstanding guests.

The event series, organised as part of the #EUandME information campaign, aims to contribute to a better understanding of the European Union and its values. The films raise awareness for the opportunities and perspectives that young people have in the EU and for how they can fulfill their goals and dreams by exercising their rights and using their voices as EU citizens, whether during their studies, in their work or in digital areas – according to the slogan of the information campaign of the European Parliament: "This time I’m voting!"

The screenings of the EU Youth Cinema are accessible free of charge and take place in every federal region of Austria. A number of screenings will precede the official start on Europe Day on 9 May. The film directors involved are from Germany, Finland, Greece, Croatia and Poland. At the centre of their once humorous, sometimes serious, but always fascinating stories are young Europeans who have to face different challenges of life, such as a peasant boy from Croatia, who dreams of a career as a football professional (DEBUT by Dalibor Matanić) or a Finnish girl who gets lost in a terrifying forest (OAA by Zaida Bergrot).

The short film programme is enriched by reports from young people from all over Europe (including Austria), who tell about their ideas, dreams and wishes for the future in short digital stories. Subsequent discussions and teaching materials for the preparation and follow-up complete the range of events. In addition, all participants will receive the book publication "The EU & Me". Depending on availability, young individuals or groups, apart from school classes, can attend the events for free as well.