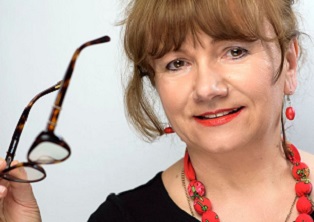 The curator of the Documentary Competition, Rada Šešić, about her film selection:

Watching hundreds of films and selecting only ten is not easy, especially when it comes to films made in the CEE region where there is a traditionally strong documentary film production. There are numerous authors who make films on serious issues, yet often with humour and charm. Having a great respect for the art of making documentaries, I am always interested to see how a maker translates a certain story into a cinematic language that is appealing and stimulates a viewer emotionally and intellectually. Many excellent, compelling, and socially relevant films were made in CEE during the last season. Several hot topics were in the focus of documentary makers: xenophobia, social challenges, injustice, fear, distrust among people – and sports. I ended up selecting an even number of five female and five male filmmakers. Most of them are debut directors and all of them courageously engage with challenging and complex narratives.

No Place for Tears made by the strong Turkish voice Reyan Tuvi, immerses us in the horrendous tragedy of Kobanî people. With a talent in filming human faces, Reyan enters the lives of her protagonists with respect and empathy. In their debut, Undercovered, Sabrina Begović-Ćorić and Nejra Latić Hulusić deal with issues of modesty and young Muslim women in today’s Sarajevo. The playful approach makes the story fun to watch, but also invites us to think critically. Polish director Marta Prus made her remarkable debut, Over the Limit, in the tradition of documentary films from Eastern Europe, with a tremendously appealing character, lyrical photography, and great dramaturgy. Croatian director Bojana Burnać impresses with her debut My Life Without Air and with sophistication in deepening our understanding of the little known underwater sport that the director as a free-diver herself knows so well. Anastasiya Miroshnichenko from Belarus has created an engaging visual style in her film Debut. In mostly monochromatic tone, she underlines the monotony and repetitiveness of prisoners’ routines and their detachment from the outside world. In The White World According to Daliborek, the always provocative and witty director Vít Klusák portrays a somewhat funny and absurd, yet chilling character who stands firmly for extreme right-wing ideas. Another film by a Czech director, Jan Gebert, is When the War Comes which tells the story of a young Slovak right-wing fanatic and leader of a paramilitary group preparing for war. One of the top Baltic authors, Lithuanian Arūnas Matelis, sheds light on a hidden side of the elite sports event Giro d’Italia in his compelling and well shot film Wonderful Losers: A Different World. With deep sportsmanship in his debut Ultra, Hungarian director Balázs Simonyi emphasises the psychological drama of the participants of this mind-boggling marathon of 246 km. Passion is also crucial for the protagonist of the Macedonian film Avec l’amour, a debut by Ilija Cvetkovski. A teacher with a tiny salary collects 102 old-timer cars and then wonders: What to do with them?