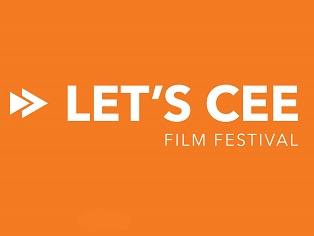 Despite the cut in the already small funding, LET’S CEE Film Festivals returns for the sixth time with around 155 productions so excellent and comprehensive as never before. A new item on the agenda is a selection of the current best Virtual Reality films worldwide – a true premiere for a film festival in Austria.

DANGEROUSLY GOOD FILMS is the motto of the 6th LET’S CEE Film Festival, whose focus predominantly lies on films stemming from Central and Eastern Europe, Turkey as well as the Caucasus region. Between the 13th and 22nd of April this year, about 155 feature films, documentaries and short films will be presented in 200 screenings at five Viennese cinemas (Actor’s Studio, Artis International, Village Cinema Wien Mitte, Breitenseer Lichtspiele, Urania Cinema) and, additionally, in the middle hall of the VHS Urania, at Brunnenpassage as well as the University of Vienna. On the second weekend of the film festival, the Geidorf Kunstkino in Graz, the Stadtkino in Villach and the Cineplexx Salzburg City will also be added to the already existing screening locations. In comparison to the timespan of a week last year, this year the film festival will take place over a period of ten days.

“Dangerously good films have always been part of our repertoire, especially those that send clear signals in the fight against ignorance, discrimination and prejudice and which deal with burning socio-political themes. It’s not everyone’s cup of tea, especially not in today’s world. At the same time, practically all pieces, with their high quality, originality and creativity, do not fail to impress. This clearly results in an exciting mix,” says Magdalena Żelasko, the festival’s director and founder.

Wolfgang P. Schwelle, Żelasko’s colleague and festival co-director, adds: “It’s a shame that this successful commitment is anything but appreciated by the most important official endorsers. Vienna’s culture councillor Andreas Mailath-Pokorny and his Department of Culture (MA7) have further cut their already low funding without providing an explanation. The 30,000 Euros received from the Vienna City Council is not even the half of the funding we received from them the previous year. Furthermore, we are far off the financial support that other film festivals get – regardless whether calculated per film, guest, visitor or screening. The film department of the Federal Chancellery also constantly underplays us with absurd reasoning and gives us only a fraction of that which it supports other festivals with. We are obviously suffering under extreme discrimination.” Thankfully, adds Schwelle, LET’S CEE is one of the few domestic festivals funded by the EU: “Fortunately, the EU still makes funding decisions regardless of personal or political interests and only according to objective criteria. Without the 46,000 Euros from Brussels, we would have been forced to cancel last minute. I guess in that case, latently xenophobic enviers would have popped the corks with delight.”

This year’s films originate from 25 different CEE-countries, excluding the many other countries who are cooperating partners. There are four categories: feature films, documentaries, short films and debut films, all of which are chosen by local and foreign film experts: Michał Oleszczyk from Poland, Bosnian-born Dutch Rada Šešić and Austrians Arash und Arman. T. Riahi. In each category, the best films made since the beginning of 2017 will be selected and presented. The rest will be shown throughout the festival’s programme and be allocated according to their thematic foci ranging from retrospectives to children’s films.

Special attention will be given this year to cinematographic creations from Poland, Hungary and Slovenia. One of the honorary guests will be Hungarian directing icon Márta Mészáros, who once received the Golden Bear and the Jury Prize in Cannes and who was the first female filmmaker to ever direct a film in Hungary.

One of the three historical and retrospective reviews revolves around the topic of Women and War, whereas another – suitably titled 100 Years and curated by Austrian film publicist Andreas Ungerböck – encompasses different productions which take a look at the situation a hundred years after the end of the First World War and the fall of the Austrian Monarchy. The films in this category outline important events in the history of our CEE Countries and correspondingly represent their countries’ cinematographic milestones.

East Silver Caravan, a project curated together with the Prague Institute for Documentary Films for a second consecutive year, puts films with important socio-political themes into the spotlight. The documentary Article 18 by Bartosz Staszewski explains why ,to this day, there is still no law allowing same-sex marriage in Poland. In The Limits of Work by Czech Apolena Rychlíková, the director follows journalist Saša Uhlová as she goes undercover for six months working in some of the country’s worst paid jobs. The critical piece The Trial: The State of Russia vs Oleg Sentsov shown in the Berlinale Special tells us the story of the trial against the Ukrainian filmmaker, Maidan activist and alleged terrorist Oleg Sentsov. The programme will conclude with a podium discussion on political activism, lead with the Institute for Politics at the University of Vienna on the 18th of April.

A new addition is the first part of the Hollywood Goes CEE series, which showcases American as well as international pieces filmed in Central and/or Eastern Europe. Bulgarian Nu Boyana Film Studios kicks the series off, and its chief Yariv Lerner will be present at three of his coproduced productions’ Austrian premiere in Vienna, among others the boxing drama Chuck aka The Bleeder with Liev Schreiber, Naomi Watts, Elisabeth Moss and Ron Perlman and the crime thriller Bullet Head with Rory Culkin, Adrien Brody, Antonio Banderas, John Malkovich and a dog in the lead roles.

There are also a few developments to be seen in the short film programme. Out of the hundred films submitted to the competition with the subject Together or Apart during the last months, 40 were so outstanding that they will be presented out of competition. A further praise goes to the animations for our youngest viewers, who for the first time will be able to attend screenings for free on both Saturdays. The third item on the agenda is the series Let’s Open Your Mind with a sensational offer in VR films, produced by and in collaboration with renowned partners such as the Stanford University’s Virtual Human Interaction Lab, Greenpeace International, the British The Guardian, the Shoah Foundation, the United Nations Virtual Reality (UNVR), the Polish VR production studio Mimo and the French distributor company WIDE. The VR lounge at Village Cinema Wien Mitte won’t be the only site: all films can be experienced also at the 4GAMECHANGERS Festival in the Marx Hall. The free entrance to all short films including the VR films is certainly one of the greatest highlights of this year’s festival edition. Thus, LET’S CEE is the first film festival in Austria ever to screen the best international VR films – including set screening times and a true cinematic experience for all visitors. “We will show a great selection of marvellous productions not only from Central and Eastern Europe, but from all over the world,” says Magdalena Zelasko, ”truly an experience that should not be missed”.

Parallel to the regular programme, the LET’S CEE School Cinema will once again make up an important part of the festival. Through the Slovak-Czech coproduction Little Harbour by Iveta Grófová and the Turkish drama The Guest: Aleppo – Istanbul by Andaç Haznedaroğlu, it will be shown just how well and impressively children can make the best out of the worst of situations. The School-Cinema programme comes full circle with the Omnibus documentary Occupation 1968, in which ex-soldiers of the Warsaw Pact reflect upon the Prague Spring.

Austrian Days, a project successfully launched in 2017, was founded with the intention of showcasing national cinematography. It is a growing concept taking place once again this year. Its main focus in selecting this year's films lied with productions that attracted attention at the last Austrian Film Awards. From action and horror in Stefan Ruzowitzky's Cold Hell, Arman T. Riahi’s cliché-ridden comedy about migrants The Migrumpies to Michael Glawogger’s posthumous documentary Untitled, Austrian Days 2018 is set to impress. One must not forget to mention Ruth Beckermann's poetic documentary shot in a broadcast studio, The Dreamed Ones; cabaret artist Josef Hader's directing debut, Wild Mouse, the mystery film Animals by Polish director Greg Zglinski and the dark-humoured, German-Austrian tragicomedy The Bloom of Yesterday by Chris Kraus. Last, but not likely to be least, are the big winners at the 2018 Austrian Film Awards, with five prizes each: Adrian Goiginger's surprise hit about the drug scene, The Best of All Worlds and Barbara Albert's spectacular, historic portrait of a blind girl and piano virtuoso in Mademoiselle Paradis. These Austrian productions will be shown in their original language with English subtitles and aim to give foreign guests a first impression of Austrian filmmaking. But all cineastes, who may have missed the films or who want to come into direct contact with the filmmakers, are also welcome, since all screenings will be followed by a Q&A.

Once again, the second edition of the LET’S CEE Talent Academy will take place over an entire week, where up to 40 film talents from Austria and the CEE-Region will embark upon a training programme, have the chance to network as well promote one’s own capabilities and projects and nail down career opportunities.

The international two-day LET’S CEE Industry Days programme will this year be held in the Austrian Film Institute as well as in the Forum of Raiffeisen Bank International. Under the title Key Success Factors in the Film Industry: Cooperation, Innovation and Know-How, local as well as international film experts will hold a series of practice-orientated talks on film financing, production and distribution, as well discuss virtual reality, CGI and other hot film trends. Podium discussions, networking meetings, pitches and a comprehensive performance from Eastern Europe’s largest film studio Nu Boyana are all part of the experience. More information and a programme list will be released the latest by the 22nd of March. Film professionals and students will also can attend master classes for a fee or visit open access lectures, both taught and held by international film experts.

More information on our festival will be made public or sent out continuously over the next few weeks. The full programme, including the films from the feature and documentary film competition, information on this year’s opening film, the name of this year’s LET’S CEE Lifetime Achievement Award winner and other guests as well as a few new award categories will be revealed in a press conference due to be held at the Village Cinema Wien Mitte at 10 a.m. on the 22nd of March.

From now till the 30th of March, LET’S CEE correspondents from all media, representatives of the film, TV, video and cinema industry, professional filmmakers, representatives of film associations, collecting societies, other film institutions and of national and international film festivals can apply for accreditation. Info: https://goo.gl/HYwKkV.