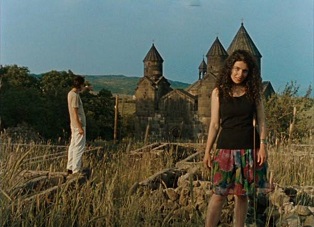 In 2014, for 25-The Retrospective, each of numerous renowned international film critics* chose what they considered the best feature film produced in 25 CEE countries during the 25 years since the fall of the Iron Curtain, resulting in a list of 25 films presented at LET’S CEE in succeeding years. This year, LET’S CEE presents the last round of the winning films: the Armenian-Canadian co-production Calendar about an estranging couple, filmed by famous director Atom Egoyan, and the weird and dark Estonian-Finnish-Swedish comedy The Temptation of St. Tony by Veiko Õunpuu that explores the theme of morality. 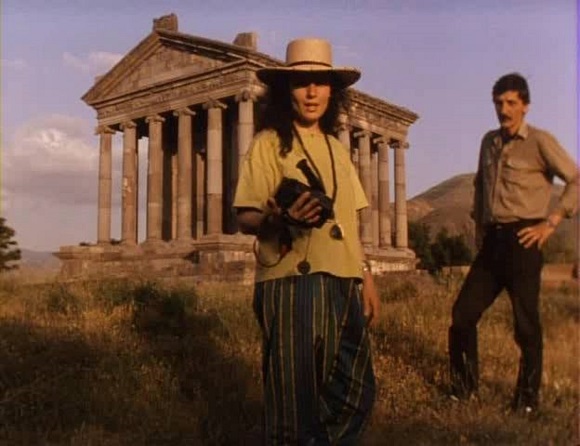 A Canadian-Armenian photographer travels with his wife to Armenia to take pictures of churches for a calendar. Back home he looks at the memories recorded on video, which have become a chronicle of increasing alienation from his wife who apparently remained in Armenia. Atom Egoyan, two-time Oscar nominee for his 1997 feature film The Sweet Hereafter, shot this semi-documentary film in 1993. 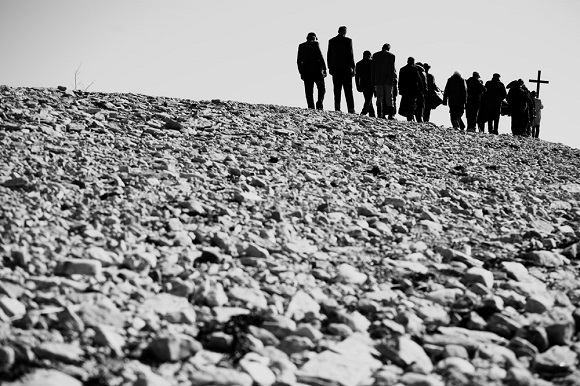 Tõnu is a middle-aged man. An unusual problem intrudes on his halfway-through peaceful life: morality. Is it possible to be a “good person”? On his journey to a clearer consciousness Tõnu meets several typical representatives of the Estonian society. But gradually, it seems that the man, inevitably, loses his job, his family, and finally reality itself.

The following film critics participated in the survey: Thomas Abeltshauser from Berlin, his colleagues Anna Bielak from Warsaw, Gulia Dobre from Bucharest and Báron György from Budapest, Maria Chalkou, editor of Filmicon from Greece, Matthieu Darras of the San Sebastian Film Festival, Eberhard von Elterlein from the Berliner Morgenpost, Ernesto Diezmartínez from the Reforma newspaper in Mexico, Duma Dana of the Romanian Film magazine, Nenad Dukic from Radio Belgrade, Elsa Demo from Albania, Jan Pieter Ekker from the Netherlands, Juan Carlos González A. from Kinetoscopio in Colombia, Carmen Gray from Dazed & Confused Magazine in England, Richard Haridy from Australia’s Quickflix, Christian Jungen of the NZZ, film historian Lauri Kärk from Estonia, Salome Kikaleishvili from Georgia, Blagoja Kunovski from Macedonia, Jochen Kürten of the Deutsche Welle, Daniel Lindvall of Film International in Sewden, Demetrios Matheou of the Sunday Herald in England, Irish-American filmmaker and critic James McDonald, Persian Essayist and film critic Minou Moshir, Michael Omasta of the Falter magazine in Austria, Pamela Pianezza, editor in chief of French Tess Magazine, Vuk Perović of the public broadcasting service in Montenegro, Rod Quinn of Australia’s ABC Radio, Tomasz Raczek of Polish Latarnik, Nick Roddick of the Evening Standard in England, German film historian Hans Joachim Schlegel, Marcel Štefančič of Mladina in Slovenia, legendary critic David Sterritt from the USA, Ioana Stupariu of the Telegraf in Romania, Gorazd Trušnovec of Ekran in Slovenia, Nina Tsyrkun from the Iskusstvo Kino magazine in Russia, Andreas Ungerböck of the Austrian Ray Magazine, Denis Valič from Slovenia, Božidar Zečević of Filmograf in Serbia and many more. We would like to express our gratitude!