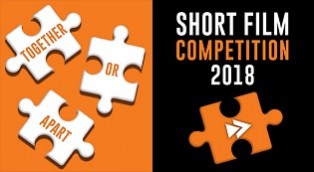 Attention to all film talents: From 21 November 2017 until 31 January 2018, filmmakers will have the chance to apply for the LET’S CEE Short Film Competition 2018. Not only are two main prizes waiting to be won, moreover, ten finalists will receive an invitation to participate in the second edition of the LET’S CEE Talent Academy in Vienna!

Between 21 November 2017 and 31 January 2018, filmmakers up to the age of 35 from Central and Eastern Europe, the Caucasus region, Turkey and Austria will have the possibility to submit their short films to the Short Film Competition of the LET’S CEE Film Festival 2018.

However, filmmakers of all ages and from all over the world are welcome as well to send in thematically fitting contributions. Due to the festival’s geographical focus on CEE though, these short films will not be included in the main Short Film Competition, but will very well have the chance to win the Audience Award in the Short Film category and be screened at the festival in the section Short Films | Out of Competition. We furthermore cordially encourage international makers of virtual reality films, 3D productions and avant-garde pieces to apply as we will be offering these genres a stage at our festival as well.

The theme of the Short Film Competition 2018 is TOGETHER OR APART.

Great Britain voted for the Brexit last year and in doing so decided against a EU membership; most recently thousands of Catalan people went to the streets demanding independence from Spain; under the presidency of Donald Trump, the USA is seeking to withdraw from the Paris climate protection agreement and renegotiate various other commercial treaties – these are only three of many examples demonstrating the recent shift of the political mood in numerous countries. A growing migratory pressure, an increasing gap between the rich and poor, as well as justified and unsubstantiated fears – of the consequences of digitalisation, of the loss of jobs and stability and of social change – have discredited globalisation and encouraged a comeback of nationalist and isolationist tendencies, which seemed utterly unfathomable only a few years ago. Even on a national scale, societal cohesion appears to be threatened more and more. How does the growing division of society influence both the community and individuals? Will political agitation, hatred, egotism and greed for profit become the new normal? Well, the situation is critical, but not hopeless, neither on an international nor a national level. There are still representatives of the civil society who make no effort to surrender to the threatening eroding solidarity. Fortunately, there are numerous instances proving how people still advocate for the poor and disadvantaged with great optimism, dedication and empathy – people who rather pay attention to what we have in common instead of what keeps us apart.

The competition’s theme, TOGETHER OR APART, may be manifested in the submitted material in various manners and methods. Interpersonal aspects, such as family and relationship dramas, trials and tribulations, moments of success and happiness or the joint overcoming of challenges can be taken into account just as well as social, political, juridical and/or cultural matters. In other words: everything is possible, as long as it touches on the topic and is done well!

An advisory board chaired by the renowned Austrian-Iranian filmmakers Arash T. Riahi and Arman T. Riahi will choose the best contributions from the submissions for the LET’S CEE Short Film Competition. The short films, which will be screened out of competition, will be selected by the Bosnian-Dutch producer Denis Mujović and festival director Magdalena Żelasko.

After the presentation of the participating productions at the festival, an international jury will decide on the winner of the competing short films and, thus, who will be awarded the main prize – 1,500 Euro and a Urania statuette – at the Awards Ceremony in the Urania Cinema on 20 April 2018. The remaining short films presented during the festival will have, without exception, the chance to win the 1,500 Euro Audience Award in the category Short Film.

All filmmakers who will take part in the main Short Film Competition will additionally profit from their participation. At the expense of the festival, one of the involved filmmakers of each short film will be invited as an official guest*) to Vienna in order to present their work. Those persons will, furthermore, have the opportunity to join the second edition of the LET’S CEE Talent Academy.

15 remaining free seats for the Talent Academy will be filled by Out-of-Competition filmmakers. The most important items on the one-week Academy agenda include the attendance of LET’S CEE Master Classes and LET’S CEE Industry Days, the collaborative finalisation of a short film about Vienna, and the once-in-a-lifetime opportunity to pitch a film idea to Raindance film festival director Elliot Grove (and win big!) at the Pitching Competition. Of course, all invited filmmakers will enjoy several Get-togethers, where they can get in touch with successful distributors, directors, producers, actors etc., exchange experiences and new ideas and thus strive to new projects and international collaborations. In order to enable as many filmmakers as possible to visit LET’S CEE and present their work to the festival audience, all participants of the section ‘Short Films | Out of Competition’ will receive free festival accreditations and discounts for the official hotel partner on request. Please keep in mind the following conditions regarding submissions: The submitted short films should be available for their Austrian premiere at our festival. They must not exceed the maximum length of 30 minutes. The completion date of the film productions should be between 1 January 2016 and 31 January 2018. Because of the increasing number of submissions, a processing fee of 12 Euro will be due. HERE you can find a detailed Regulations, and here are the platforms for the submissions on Festhome, Click for Festivals, Reelport, FilmFreeway and on our festival management software Eventival.

*) The decision which person (not older than 35 years) will represent the respective film at the festival (i.e. director, screenwriter, producer, cinematographer, actor etc.) is reserved to the festival management.