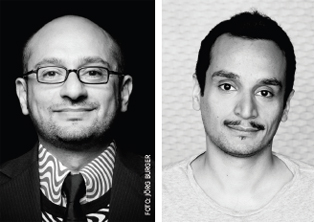 The (short) film as a reflection on political conditions? Absolutely. But: We primarily don’t go to the cinema to get politically educated or enlightened. Obviously there are films with a main purpose of making us aware of situations or circumstances, or even parts of the truth. But primarily, we watch films because they touch us, they make us laugh or cry, and for a while they entertain us, throwing a veil over our lives on which we can find the misery and luck as well as joy and grief of the “others” on a screen, not to feel lonely, but to receive affirmation as humans and audiences.

Therefore it is no surprise that in this year’s short film competition you will find parallels to, and open criticism of, the recent political turbulences and the attacks on democracy just as often as universal human questions, as they always have been a part of the arts, if you want to look at them as a seismograph of society. But generally, and this is the most important news, year after year, the short film confirms itself as a straight and independent cinematic communication tool which, due to its immediacy and shape, hasn’t lost any of its revolutionary potential since the beginning of film.

And still, so it seems over and over again, it is, and stays, an art of telling a story as quickly and clearly as possible. We are glad about the constant quality of the submissions and especially about the filmmakers’ unbroken eagerness to experiment in form and content, which makes sifting through the submissions more entertaining and exciting! However, the selecting process is not becoming any easier. Whether a short film more or less is a contemporary document, whether it stimulates aesthetically, upsets in terms of content, whether it works out or not – the diversity of the medium’s substantial and formal variations stays the true daughter of Time. The way this diversity develops can be considered a mirror of political circumstances.

We wish all our guests revealing, touching and amusing screenings!