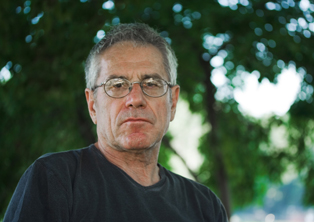 “If there is such a thing as a European cinema that goes beyond the cross section of all films made between the Urals and the Atlantic, then Želimir Žilnik is one of the most important representatives of that cinema,” the Frankfurter Allgemeine Zeitung newspaper stated a few months ago. The Serbian Director and Producer has been making movies for 45 years, both full-length and shorts, feature films as well as documentaries, and of course docu-dramas, a genre he co-founded. Over the years he has built an enviable reputation as a social critic, intellectual, and of course as a film maker. However in the beginning he was less favored by fortune: He was born in 1942 in a concentration camp near Niš and brought up by his grandparents, because his parents were killed as partisans by the Nazis, or by the Chetniks. Želimir Žilnik worked as a lawyer until he finally turned to film making. As a young man in 1969, he won a Golden Bear in Berlin for Early Works. He is considered an important protagonist of Novi Film, a movement that represented artistic and political development in Yugoslavia, and which was soon to be persecuted by the regime. His free spirit was prohibited from working, so he moved to Germany, where in the 1970s he produced Öffentliche Hinrichtung and Paradise, An Imperialist Tragi-Comedy amongst other films. However, his examination of terrorism also encountered more and more disapproval by the German government and Žilnik felt forced back to Yugoslavia. Having returned to his home, he again dedicated himself to the docu-drama. Telling and showing social conflict from the viewpoint of simple people soon became his trademark. Radically independent, Žilnik created an oeuvre that keeps a close and critical eye on the political, cultural and economic conditions of respective societies. Firstly socialist Yugoslavia, later West Germany of the 1970s. Then he turned his attention to the dissolution of Yugoslavia after the death of Tito, followed by the Balkan wars of the 1990s and continually changing statehoods. Finally, the recent tendencies in Europe regarding migration and compartmentalization have come under his scrutiny. The works corresponding to these subject matters, Fortress Europe, the Kenedi-Trilogyand the most recent film Logbook Serbistan have received many awards. “I’m not a believer,” Žilnik declared a few years ago. “But the whole time I’ve tried to make things and live my life in a way that I would not mind standing in front of God in the end.”