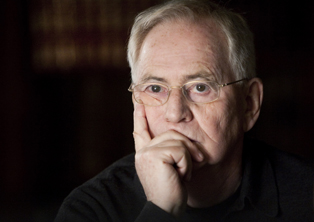 István Szabó is amongst Hungary’s internationally best known and most significant directors and screenwriters. He learned his handiwork at the Academy of Theatrical and Cinematic Arts in Budapest. His very first work as a director, The Age of Illusions, was  rewarded as the best debut film at the Locarno International Film Festival in 1965 and made him the figurehead of a new generation of Hungarian filmmakers. In 1980, Szabó managed to create two internationally recognised and successful films, Green Bird and Confidence. From then on, he directed mainly internationally funded co-productions. Confidence, which won a Silver Bear at the Berlin Film Festival, was also nominated for an Academy Award for Best Foreign Language Film, as well as the three masterpieces he filmed with Klaus Maria Brandauer: Mephisto (1981), Oberst Redl (1985) and Hanussen (1988). Mephisto went on to win an Academy Award and also won a Silver Palm in Cannes for the best screenplay. It was also there that Szabó won the award as best director for the film Hanussen. Apart from working in the film industry, the now 76-year-old frequently worked as an opera director as well. He staged Wagner’s Tannhäuser at the Paris Opera in 1985 and Giuseppe Verdi’s Il Trovatore at the Vienna State Opera in 1993. In addition, he held regular lectures on the history of film in London, Berlin and Vienna. Szabó is known as a sensitive observer of societies marked by dictatorship or heteronomy. His stories, which often deal with identity and adaptation, revolve around the fate of individuals under the influence of historic events. Like last year, the great filmmaker will again be a guest at the LET’S CEE Film Festival 2014. He will hold a MASTER CLASS and present his film SUNSHINE. However, the apex of his visit will be an award ceremony: After Turhan Bey and Branko Lustig, Istvan Szabó will be awarded the Star of the Urania Lifetime Achievement Award for his extraordinary work.