What almost all sports documentaries have in common is the fact that they address the bright side of sports – the victories, the stars, the exceptional talents. Arūnas Matelis chose another point of view: for several years, the Lithuanian director, who himself was a devoted cyclist in his youth, dreaming of a big career, until an injury forced him to quit, has watched the Giro d’Italia, one of the biggest and most renowned bicycle races in the world. However, as the title suggests, he focused on the cyclists who never make it to the television screens, those who are never named in the result lists, those who never get any attention unless they are involved in a spectacular crash. Svein, Daniele and Paolo pull through the race every year, without any hope of ever hitting the headlines. At best, they are the water carriers, the domestiques – those who sacrifice their own careers to support the stars of their teams, but still end up at the bottom of the rankings almost all the time. With unconditional sympathy, Matelis watches as his three invisible heroes and the similarly unappreciated team of doctors take part in the Giro and help fallen cyclists covered in scratches back up on their feet again. 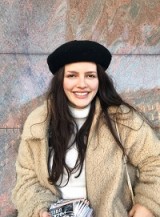