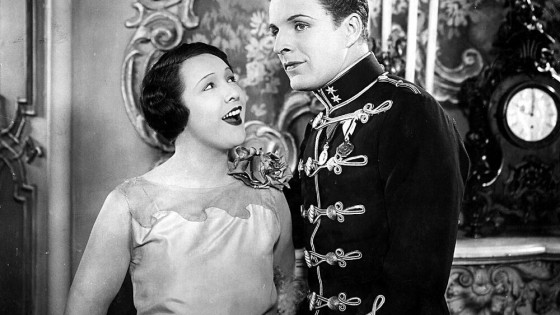 Carmen Cartellieri (1891-1953) was an Austrian actress and producer. At first, she was a devoted housewife living by her husband’s side in the Hungarian province. As Italian actresses the likes of Francesca Bertini and Lyda Borelli were the epitome of silver screen stardom at the time, she believed to have been born in Milan. In 1918, despite having no prior artistic experience, Cartellieri was introduced to the world of film in Budapest. Director Cornelius Hintner, who had met Cartellieri by pure happenstance, was later to become her sponsor. She only played in his Hungarian productions at first, but at the end of 1919, in light of the political revolution, she relocated together with her husband and Hintner to Vienna. Under the pseudonym Carmen Teschen, she made her Austrian debut in Hintner’s 1919 Film Anjula. She was the star of Austrian silent film and played in many leading roles, but only for a couple of years, as even before the introduction of sound film, her career ended just as abruptly as it had begun. In Max Neufeld’s Virtue, she portrays a slightly hysteric and diva-like prima ballerina, who has to witness how her aging sponsor, Achduke Sixtus, falls in love with a younger ballerina, who has also caught the eye of her sponsor’s aide.

Silent Film Pianist
Live Music during the screenings of the silent films Sodom and Gomorrha; Colonel Redl and Virtue
In Vienna: April 20-22