Following the events of 9/11, and in the wake of the resulting media interest in Islam and fury against so-called “Islamisation”, a hitherto, barely noticed item of women’s clothing was pushed to the fore of public attention: the hijab. This garment is a sort of fitted headscarf that serves to cover the wearer’s head, hair, neck, shoulders and chest, but not the face. The question of whether the hijab is a symbol of liberation or repression has fuelled many heated discussions in recent years. This is especially so in the West, where reactions to the rising number of women wearing a hijab in public range from aggressive to disturbing. Undercovered, a film by the two Bosnian directors Nejra Latić Hulusić and Sabrina Begović-Ćorić, focuses on young Muslim women who have made the conscious decision to wear the hijab, and who see it as a symbol of autonomy, and rebellion against capitalist and oftentimes sexist views on “women’s liberation”. As a result, the protagonists of this film do not conform in the slightest to stereotypes of repressed Muslim women. Instead, they speak freely about their lives, their thoughts, and their experiences with this controversial item of clothing. 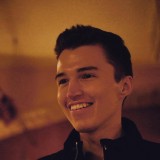