Every year, runners from all over the world participate in the Spartathlon, one of the most prestigious running competitions on the planet. The goal is to overcome the historic distance of 246 kilometres between Athens and Sparta within 36 hours. According to Herodotus, in 490 BC the messenger Pheidippides ran this exact route so as to request help for the Athenians battling the Persians at the Battle of Marathon. Unfortunately, he finished his one-and-a-half-day run in vain. The Hungarian filmmaker Balázs Simonyi, who completed the Spartathlon four times himself, focuses on some of the competitors of this remarkable task. None of the participants knows if they will ever actually manage to run the whole distance, but for them the most important thing is trying and maybe – if only by chance – making the impossible possible. Instead of top athletes, the film shows “average” sportsmen who want to explore their limits, heal their souls and expel their demons. Ultra is a moving drama about runners and their cathartic self-discovery, voluntary suffering and the endorphin-soaked trance they sometimes fall into – peppered with a sprinkle of humour. A unique insight into a fast-paced world. 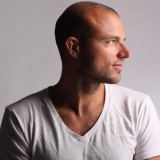 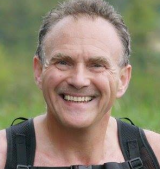