Between 1993 and 1999, a man raided no fewer than 29 financial institutions in Budapest. Banks, post offices and even travel agencies were victims of his rapacity. The police were unable to capture him during his six years of raiding. The only clue he left at the crime scenes was a clear smell of whiskey. Therefore, the media dubbed him the “whiskey bandit”. Since he never harmed anyone physically, many people followed his escapades with sympathy. Eventually, a Transylvanian immigrant named Attila Ambrus, who was also the goalie at one of the city’s largest hockey clubs, was identified as the “whiskey bandit”. Finally, the police managed to capture him – or at least they thought so. Nimród Antal, who caused a sensation in 2003 with his debut feature Kontroll and subsequently filmed several films in Hollywood, returned to Hungary for The Whiskey Bandit. The result is a fulminant and captivating action thriller with a great cat-and-mouse game between robbers and investigators – and, by the way, a fascinating social study of a man who comes from the smallest of circumstances, but would do anything for his big dream. 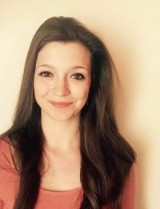