In 2007 Mehmedalija Alić, a Slovenian miner of Bosnian origin, was sent out to break open a closed mine and to inspect what’s in it. After having risked his life under extremely dangerous conditions for two years, he eventually discovered a hidden mass grave containing bodies of four thousand war refugees who have been killed after the Second World War. The discovery of the massacre was a severe shock for the Slovenian society. The miner however was seen as “dispensable” when he insisted that the victims must be brought out of the mine, identified and buried decently. Hanna Slak helped Mehmedalija Alić write down his story. His autobiography A Nobody was published in 2013 and immediately became a bestseller. The director finally adapted the book into her film The Miner, a fictional narration about the miner and his family, his insistence on finding out the truth, and his pursuit of social justice. Hanna Slak was especially fascinated by her hero’s sense of decency and his simple humanism, which bring light to what has been a dirty secret for decades. 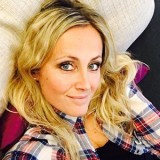