In the Summer of 2007, Slovakia is only a few months away from becoming a party to the Schengen Agreement, and the efforts to secure the Slovakian-Ukrainian borders are well underway. It’s a hectic time for Adam Krajňák the head of a big family and of a criminal organisation in the eastern borderland. His eldest daughter is about to marry a local loser Ivor, Adam’s Ukrainian partner Jona wants to establish his own business, and a new illegal drug starts to appear around the borders. The fear of the impending increased surveillance of the frontiers and the growing paranoia lead to a failed cigarette smuggling. In the course of this action, Adam becomes indebted to the greatly feared Ukrainian gangster boss, Krull. The film’s mosaic narrative is carried out by Krajňák’s mother Anna, the corrupt policeman Bernard, and Assad, an Afghan immigrant. The closing sequence takes place on 21December 2007, the day the official external border of the Schengen area between Slovakia and Ukraine appears. Peter Bebjak’s clever and highly entertaining mix of gangster thriller, political farce and tragicomedy, broke records at the box offices of his home country. 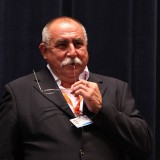 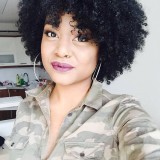