28-year old director Apolena Rychlíková’s documentary, which was awarded the Czech Joy Award at the festival in Jihláva, follows its protagonist and journalist Saša Uhlová, who worked undercover for six months under the shocking conditions in some of the country’s worst paid jobs, for instance at a poultry farm or a waste disposal site. As Rychlíková says, it was their common goal to display the disastrous labour conditions of those who normally don’t have the power to do so. Hereby, it’s not about idealising these people, but about finally pointing out how an actually wealthy society is treating those who suffer the most: “These people are indeed often resigned and demotivated, but they keep fighting to improve their lives.” According to journalist Saša Uhlová, they have decided to make a film as their initially planned series of articles has failed because the people didn’t want to talk about their lives. Only through the bond of trust with her was it possible to record them and give them the chance to be heard. The film, which was shot for a series for Czech television, has triggered widespread concern in its country of origin. 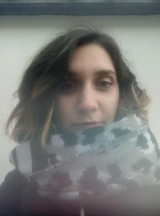 Director and Screenwriter The Limits of Work
In Vienna: April 15-21

Protagonist The Limits of Work

The Limits of Work