Jaak Kilmi’s colourful and action-packed comedy begins in front of a splendid single-family house in today’s Sweden. It belongs to Ralf, a proud Swede. He starts talking and, in a flashback, takes us back to Estonia in the 1980s that was, as is well-known, firmly in the hands of the Soviets – and thus definitely not a good time for young, thrill-seeking men like Ralf and his buddies Mario and Meathead. But with the aid of the few Finnish tourists visiting the country, they somehow secure something like a tiny bit of freedom: the three friends profitably sell Finnish contraband to their fellow countrymen. However – and that’s the catch – they have already caught the eye of a Soviet agent, encouraging them to leave the country as soon as possible. Their daring escape plan intends to get them to Sweden, the promised land in the Golden West, the alleged land of milk and honey. However, it’s the nature of the beast and, moreover, the nature of the comedy genre that, after the dissidents have finally reached Sweden, reality looks somewhat different than what was expected. A long and difficult way lies before them and numerous obstacles must be overcome before they can finally reach their destination. A turbulent retro delight. 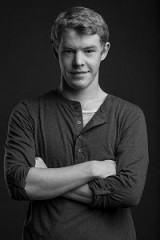 Darsteller The Dissidents
In Vienna:  April 21-22