The unexpected success of 2017: Adrian Goiginger succeeded in making his childhood experience of growing up in Salzburg’s drug scene into one of the most touching and interesting films Austria has had to offer in years. His first feature film describes seven-year-old Adrian’s everyday life with his mother Helga in the outskirts of Salzburg. Their apartment is a meeting point for heroin junkies from the block who come by to shoot drugs, drink, or hang around and watch TV. Helga is a drug addict herself, but still tries her best to provide her son with a happy and protected childhood. While being surrounded by failed rehab attempts, power games of some of the junkies, and Helga’s constant fear of losing the boy to child care, Adrian makes up his own dream world in which he fights powerful monsters with his mother. The director created a densely packed film that almost comes across as a documentary. Thanks to lead actress Verena Altenberger, playing the heroin addicted mother, and acting talent Jeremy Miliker, who was only seven years at the time the film was shot, Adrian Goiginger managed to tell a story that is neither too sentimental, nor some kind of social porn. The director’s ambivalent approach doesn’t criticise the drug scene, nor downplays it, and manages to empathetically demonstrate that the love between mother and son is able to resist (almost) all obstacles. 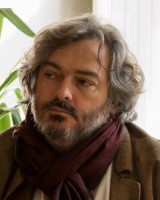 Producer The Best of All Worlds
In Vienna: 19. April

The Best of All Worlds