Leyla, a well-established lawyer and – as it turns out – a poet, takes the night train to a distant seaside town to attend a class reunion on the occasion of the 25th anniversary of her graduation. Eventhough she has never participated in such an event before. On her journey she meets 21-year-old Canan, a nurse student, that would rather become an actress. Canan has an unusual and particularly tricky task ahead of her: she has to help a paralysed friend, Yavuz, commit suicide. The two women bond in the journey through their conversations and finally Leyla chooses to accompany Canan on her difficult mission. Pelin Esmer is one of the most distinguished filmmakers in Turkey, with an outstanding talent for portraying characters. As she does in this film. She seems to effortlessly succeed in her wonderful portraits of this two women from different generations and social layers, which ultimately connect more with each other than one might initially assume. The train journey as a metaphor for the “journey to oneself” has rarely been seen so convincing. The director herself sees her film as “poetry, not prose”. 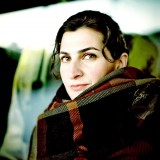 Director and Screenwriter Something Useful
In Vienna: April 18-21 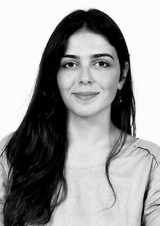 Producer Something Useful
In Vienna: April 18-21