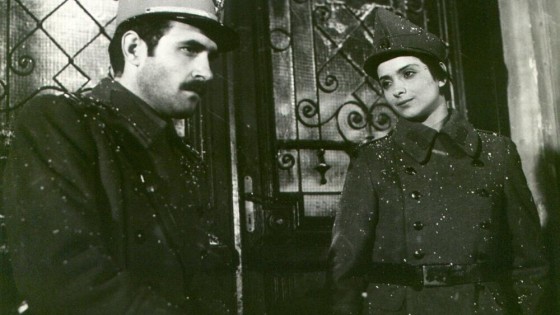 Ecaterina (actually Cătălina) Teodoroiu(1894-1917) was a young Romanian woman who registered as a female soldier for the First World War and fought against German forces. In Soldiers Never Cry while working as a nurse, Ecaterina treats wounded soldiers and starts to admire their patriotism and will to fight. This influences her so much as to develop a desire to fight for her home country in the war herself – a rather outrageous request for a woman at the time. She eventually manages to persuade the War Ministry and her wish to join the war is granted. During one of her first deployments, however, Ecaterina is wounded by an artillery shell and is admitted to military hospital. There she persuades the doctor to discharge her prematurely so that she can return to war. Owing to her commitment and proficiency, Ecaterina is soon promoted to lead her own unit. The male soldiers take time to get used to being commanded by a woman, but soon learn to appreciate her moral and military capabilities. On 3 September 1917 Ecaterina Teodoroiu dies at the age of 23 as the first Romanian woman in battle. She is, to this day, considered a heroine in her home country which is duly reflected in Cinu Cocea’s film of 1978. Stela Furcovici shines in the title role.