FOLK TALES / Klechdy. POL 2018 | 24 min. | Polish with Engl. sub. | Paweł Łukomski. A young man is abducted from a freight train. When he wakes up in a bathtub, his only fellow traveller is already dead – all of his organs have been removed. The man escapes and is being chased. He finds shelter in Kiki’s house, but doesn’t know yet, who she really is.

FREEZER / Katapsýktis. GRE 2017 | 17 min. | Greek with Engl. sub. | Dimitris Nakos. Tassos, former manager of a magazine, has been unemployed for three years. He goes to one job interview after the other, without any success. It is only after his girlfriend tells him that they have almost no food left in the fridge that he starts getting his life together again.

PINK ELEPHANT. BOS/ITA 2017 | 18 min. | Bosnian with Engl. sub. | Ado Hasanović. A Bosnian couple is enthusiastically waiting for their daughter, who studies in Italy, to come home for a visit. Along with the young woman comes her new boyfriend. The father is perplexed when he sees a tattoo on his daughter’s back, leading to a serious conflict and revealing an uncomfortable confession. 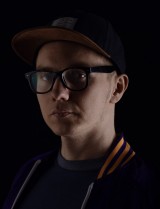