60 KILOS OF NOTHING / 60 kilo niczego. POL 2017 | 27 min. | Polish with Engl. sub. | Piotr Domalewski. On Krzysztof’s first day as a mine manager, an accident happens: a wall collapses and buries a worker underneath. The seriously injured is carried to Krzysztof’s office, who’s told to call the boss instead of an ambulance. He starts questioning the morality of his new job.

THE BOX. SLO 2017 | 12 min. | No Dialogue | Dušan Kastelic. The inhabitants of the Box are rather miserable beings with uneventful lives. When a baby is born, their world is shaken up. The new inhabitant isn’t willing to accept their dull life and instead uses happiness as a weapon to fight against misery and to create a world outside the Box.

MOHAMED, THE FIRST NAME / Mohamed, le prenom. FRA 2016 | 15 min. | French with Engl. sub. | Malika Zairi. Growing up with the name Mohamed in a non-Muslim country comes with a lot of potential for conflicts. Because of his name’s origin, Mohamed Medina inadvertently turns into an ambassador for religion. How does he deal with it? And how does society react? 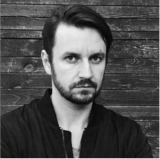 Director and Screenwriter Silent Night, Director 60 Kilos of Nothing
In Vienna: April 16-18