The movie takes place in the year 1971 and tells the story of a father, who walks 100 kilometres to the next city, just to buy a radio for his rock 'n' roll addicted son – which is out of the ordinary in Bulgaria under a communistic regime. Rouzie Hassanova’s Radiogram was shot in the Rhodope Mountains, where tobacco was cultivated at that time and where the director grew up. Another reason for picking this film location is the fact, that the movie is based on a true story. It's about Hassanova's grandfather and her father. She herself describes her Bulgarian-Polish coproduction as a "film about freedom and the power of music." Despite all the difficulties and interference through censorship, the people in Eastern Europe were inspired by music; it gave them joy and kept them alive. The fall of the Berlin Wall also happened because of people’s desire for freedom, which they acquired through rock music. It is rumoured that even Mikhail Gorbachev said that the Beatles put an end to communism. In 2017 Radiogram was honoured as the best feature film debut at the national Bulgarian Golden Rose Festival in Varna. 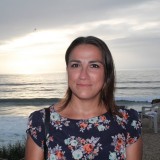