Heights is one of the most ambitious Bulgarian film projects of the last few years and an adaption of Milen Ruskov’s 2011 best-selling novel of the same name. The film deals with Bulgaria’s situation in the 1870s, a few years before the war that would lead the country to its eagerly awaited independence from the Ottoman Empire in 1877. The story follows Gicho, a young man in a revolutionary group, led by Dimitar Obshti – a real historic person: a man who dedicated his life to the fight against the Turks. After a successful assault on a train Obshti entrusts the young Gicho with a special mission: he should deliver a letter to Vasil “the Lion” Levski, the country’s greatest liberation fighter, who is to this day celebrated as a hero nicknamed “Apostle of Freedom”. Accompanied by his friend Assencho, Gicho goes on the adventurous journey across the country, overcome by the burning wish to liberate his home land. Director Victor Bojinov and screenwriter Nelly Dimitrova created an absorbing, colourful historical drama with many visual spectacles. The success proves them right: Heights became one of the best received films by the public in the history of Bulgarian cinema. 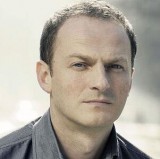