Filthy is the story of the 17-year-old Lena. She falls in love with a boy for the first time and longs for freedom and adventure. But her world is shattered in a cruel way, when her teacher, who is the crush of all her classmates, rapes her in her own apartment. Instead of sharing her trauma with others, Lena keeps it a secret, even from her best friend. Her repressed feelings result in a suicide attempt, and Lena ends up in a mental institution. Among other equally misunderstood adolescents, she realises that she isn’t alone in her situation. When her roommate – the only person in the hospital that Lena actually likes – hangs herself, Lena hits rock bottom. After electroshock therapy, she feels better for a while, but she soon fails at trying to return to the life she once knew. Filthy, the repeatedly awarded, poignant feature film debut of the Slovakian director Tereza Nvotová, is a disturbing film which – according to the artist – dispels the myth of rape always having to do with “dark streets, short skirts and cruel strangers. In reality, most abuses happen behind the doors of our own homes. I think it’s time to break the silence about the topic of rape and allow victims to become survivors.” 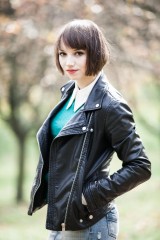 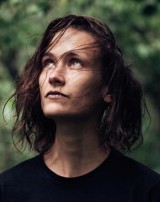