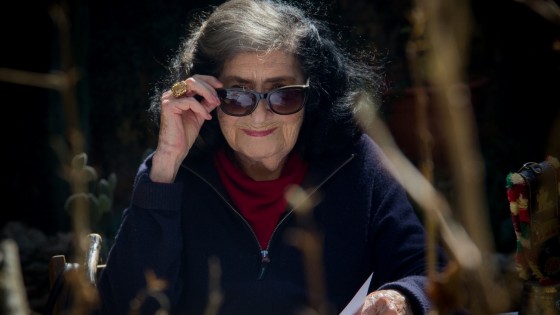 A cinematic search for traces between Emperor Franz Josef, Holocaust and the restricted zone on Cyprus. A film about 100 years of Austrian, European and global contemporary history, narrated by a witness who celebrated her 100th birthday last year. The protocol of a long journey, which started on 21 November 1917 in Brooklyn and which carried Elsie Slonim and her Austrian parents back to Baden near Vienna at first, and then to Hungary, Romania, numerous times back to the USA, to Israel, Palestine and finally to Cyprus. The family repeatedly lost everything and built it back up from scratch. A contemporary witness, Elsie Slonim experienced the impacts of two world wars, of National Socialism, of the Turkish Invasion of Cyprus and of more than one financial crisis. Today Elsie Slonim is the only person to live in the military restricted area in Cyprus. Decades ago her husband saved the life of a commander’s father, which is why she was not forced to relocate in 1974. Elsie has been living alone in her house for more than 40 years. Now her home is a museum of contemporary history. In their film Chris Haderer, Robert Pöcksteiner and Alfred Woschitz accompany Elsie Slonim on her journey through her lifetime.