35-year-old Serbian director Lazar Bodroža delivers a brilliant feature film debut with his ambitious science-fiction love story Ederlezi Rising. In 2148, when capitalism is finally defeated, there is a kind of recycled and improved Soviet socialism. The astronaut Milutin is sent on an ideological mission to the stellar constellation Alpha Centauri on behalf of the Ederlezi Corporation. But he is not alone. He is assisted by a female cyborg called Nimani 1345, remarkably played by the popular Serbian-American porn actress Stoya, who has taken over her first non-adult role. Milutin, who has had terribly bad experiences with real women, is embroiled in a complicated “relationship” with Nimani. The spiral of attraction and rejection threatens to bring the mission to the brink of failure more than once. Ederlezi Rising is a visually and acoustically exciting spectacle that doesn‘t conceal his cinematic role models – from Solaris to Blade Runner – but proudly refers to them and adds a new dimension to their unusual love story. The spacey soundtrack by Nemanja Mosurović contributes to making this film unforgettable. 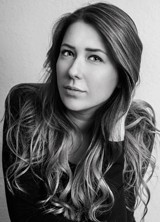