In his film Aleksei German Jr. depicts a crucial part of the life of Russian writer Sergei Dovlatov. Set in November 1971 when Dovlatov is just 30 years old, Leningrad is pervaded by a grim mood – but not only Leningrad. With Leonid Brezhnev’s rise to power in the mid-1960s, the short era of the “Khrushchev Thaw” was over, and state politics became more hostile – especially towards artists. Thus, Dovlatov and his friend Joseph Brodsky, who were both “under observation” as Jews, along with numerous other members of the Leningrad Intelligentsija faced increasing restrictions. German’s film deals with attempts at rebellion, on the one hand, and increasing resignation, on the other. Dovlatov’s often ironic texts were not published in the USSR and Brodsky went into exile in 1972 and later lived in the United States. In 1987 he received the Nobel Prize for Literature. Dovlatov, on the contrary, wanted to stay and continue working in the Soviet Union, but in 1978 he too left the country. He died in 1990 at the age of 49. Alexey German’s filmic portrayal of a whole stagnating epoch and generation of artists recently showed at the Berlinale, where the costume and production designer Elena Okopnaya was awarded a Silver Bear. 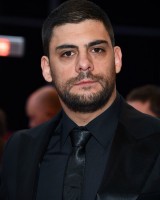