Leta, who lives under precarious circumstances in Tirana, has been unable to pay rent for several months. Even though she has a one-year-old son, she is kicked out of her apartment. Fortunately, she manages to find a job as a caretaker for Sophie, a bedridden old lady, with whom the young mother and her baby can move in. In order not to lose her new accommodation and job, Leta soon feels impelled to keep the sick woman alive at all costs. Although Daybreak is set in the Albanian capital, which is gradually evolving into a European city, the film portrays a universal situation, as absurd as it may appear at times. Leta’s desperate position is ultimately symbolised by the narrowness of the cinematic spaces, which turns the film into an intimate drama. The feature film debut of the young Albanian director Gentian Koçi is carried by the subtly-balanced relationship between these two different women, played by excellent actresses. According to Koçi, the film is about the moral compromises we all have to make when our financial security or even survival is at stake. 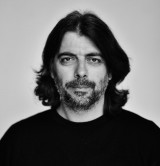 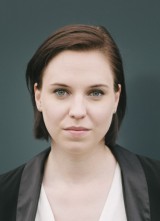