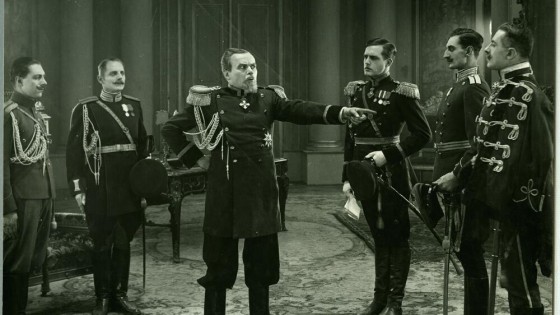 Hans Otto Löwenstein was one of the most successful directors and producers of silent films in Austria. In 1924, with a cast of numerous film stars, he made a movie about the spectacular story of the Habsburg spy Alfred Redl, who sold classified documents to Russia and in 1913 took his own life. Walter Reisch was the screenwriter and Robert Stolz the composer. The press praised it highly: “Apart from its incredibly convincing context, consistent from start to finish, the movie is of the highest performance and technical quality, surpassing the standard by far.  Robert Valbarg successfully manages to ease himself into a far from easy role and bring it to life: something which only a real artist can do. The same goes for Eugen Neufeld, Dagny Servaes and the supporting cast. The directing [...] is carried out with great care and caution and knew how to blank out all of the possibly problematic moments. As members of the cast and crew that have contributed to the film’s success are being mentioned, one must not fail to mention cameraman Eduard Hoesch, whose beautifully clear and vivid photography especially increases the film’s value,” said a review in Der Filmbote in the year of 1925. Colonel Redl was also extremely successful in Germany.

Silent Film Pianist
Live Music during the screenings of the silent films Sodom and Gomorrha; Colonel Redl and Virtue
In Vienna: April 20-22