Hungarian native Olga lives as a successful lawyer in Vienna. One day her over-80-year-old mother Mária lapses into a coma after receiving an official letter. Olga heads home to Hungary to care for her mother. In doing so, she bit by bit discovers that there seems to be a dark secret in her family’s history. Her research takes her back to the Hungary of the 1950s, when the country was occupied by the Soviet Union. Eventually, she discovers that the origin and identity of the woman she believed to be is not as clear as she always thought. 86-year-old Hungarian director Márta Mészáros brings up an old and painful subject in her film, unrolling a largely unresolved chapter of Hungarian history: the cover-up of the fact that many young Hungarian women had children from Soviet occupation soldiers – either voluntarily or by rape – after the war, who grew up more or less fatherless or were endowed with a beautified biography. Using Mária and Olga, Mészáros creates a link between the past of a war-torn Europe and a younger generation, which often had no or insufficient knowledge of the traumatic events for decades. 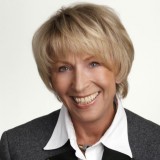