The “prominent patient”, in the film’s title refers to Jan Masaryk, who was the son of the founder and first president of former Czechoslovakia. In the late 1930s, Jan Masaryk was his country’s Ambassador in London. At this time, he tried in vain to convince Great Britain and France to take necessary steps against Nazi Germany’s imminent invasion of Czechoslovakia. He blames himself for his “failure” – of his nation and of his father. After the invasion of German troops, Jan Masaryk escapes into exile in the United States. There he entrusts himself to the psychiatrist Dr Stein, who emigrated from Germany. With the help of his psychiatrist and the author Marcia Davenport, Masaryk sets about releasing himself from his guilt complex. He became, after all, foreign minister of the exile government of Prague in London. In his biopic, the director Julius Ševčík, who also worked on the script, tells the story of an honourable man caught in the gears of the big political system, where he seems to have got lost. The film received no fewer than twelve prizes at the Czech Film Awards, including Best Picture and Best Director. 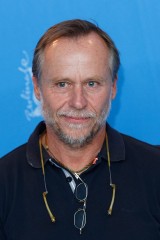