At the climax of the European refugee crisis in 2015, Golyam Dervent, a small Bulgarian village located near the Turkish border became the gateway to Europe for many asylum seekers. One day, postman Ivan, a resident of the village for many years, had an idea: he decides to become mayor and, in doing so, aim to rescue the dying village by receiving Syrian refugees. He plans to accommodate them in temporarily deserted houses, giving them a chance to start all over. His rival in the election campaign is a communist, who persists on the idea of closed borders. In his vision, Ivan would try and persuade 38 potential voters – for that is all that is left – of his vision and ideology as he goes about his daily job, delivering mail. It was no surprise that his ideas did not receive a warm welcome. Blatant xenophobia, alluring demagoguery, communistic nostalgia, social cynicism and much more characterise this “superb documentary study” (Variety). In his often funny, but at times also tragic documentary, Tonislav Hristov paints the international issues that have arisen on account of the refugee crisis and contrasts them to more personal, topological problems festering in the directly affected areas. 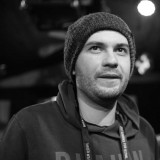