12thJune 2015: The Slovenian music performance group Laibach announce that they will do two concerts in North Korea for the 70th anniversary of independence from Japanese rule. The western media suspect the announcement to be a cunning PR stunt, but they were wrong. The iconic artist collective wrote history with its Liberation Day Tour 2015, as the first western band to perform in the practically globally ostracised dictatorship of Kim Jong Un. For a long time, Laibach has certainly been hitting grand targets. Especially when the musicians make fun of authoritarian power structures with provocative symbolism. It is for this reason that they must demonstrate diplomacy in North Korea. It is well known that the prevailing censorship there strictly condemns art outside of the state’s doctrine. The musical documentary Liberation Day impresses with charm, irony and ambiguity. And so it can be interpreted as a sort of weird bridge-builder. A film that contrasts value systems – individualism vs collectivism. At the same time, the tour is proof that, in spite of ideological differences, there is one medium that always facilitates communication: Music. 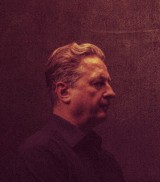