A bloody foot in a shoe breaks through the surface of a pond. Already in the first scene, Bogdan Mirică gives his audience a clue of what awaits them: an exciting thriller, and not for the particularly faint-hearted. The story: Roman is not really enthusiastic about his grandfather bequeathing him a 550 hectare plot of land in the Romanian hinterland close to the Ukrainian border. He actually wants to immediately sell it and leave the village far behind. But the local police Chief advises him against this. Why? The property is being used by a criminal organisation that was led by Roman’s grandfather himself. The naïve outsider doesn’t have an idea about what he is getting himself into. As the name of Roman’s newly-inherited dog “Policia” suggests, the local police play a dominant role. At least, it is their Chief who finally wants to close down the racketeering. With his “slow-moving arthouse thriller”, as the Hollywood Reporter describes this mix of western and Romanian new wave film, Mirică makes his audience aware of how deeply pervasive corruption still is in Romanian society. It is certainly no coincidence that Dogs is often compared to No Country for Old Men. 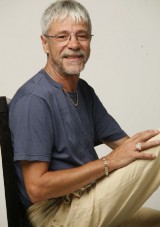