Due to their lack of experience, children often don’t understand the problems adults have to deal with. Still, a number of them are forced to take over huge responsibilities for others at a very young age. Anna Zamecka’s documentary illustrates exactly this kind of situation. Ola, the film’s protagonist, has to face the fact that her mother has left and her father is an alcoholic. Replacing her parents at the age of 14, she not only has to run the household but also care for her autistic brother. But there is hope: His upcoming first communion seems like the perfect chance for the girl to reunite the family. The lack of music and the stringent camera work support the austere honesty of this documentary. The viewer is like an invisible bystander witnessing the main characters’ precarious and often claustrophobic reality sometimes from close-up and sometimes from a distance. The combination of subject matter and the film’s aesthetics makes Communion an emotional experience that sticks in one’s head long after leaving the cinema. This applies especially to those scenes that remind viewers that Ola, who seems to be grown up for the most part, is actually just in her early teens: As a young teenage girl, she wants to cancel the whole party just because her hairdo is not as it should be. 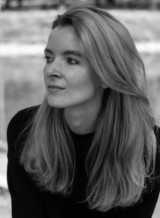