Survival is neither the privilege of the strongest nor the more intelligent species. Rather, those lifeforms that adapt to changed environmental conditions most quickly remain on the planet. Based on Darwin’s theory of evolution and the biological evolution of the panda, Matúš Vizár creates a complexly animated illustration of how humans treat nature. The animations resemble educational videos shown at school and other educational children’s films. From the animal’s origins, its domestication in zoos reminiscent of prisons, up to a vision of a possible future, Vizár creates an image of our perverted (mis)understanding of nature.

The film will be presented within the frame of SHORT FILM COMPETITION 2 together with the following productions:

Maria’s Episode (Marijina epizoda)
SRB/CAN 2014 | 25 min.
Language: Serbian w. Engl. ST
Director: Sanja Živković
After having lived in exile for many years, Maria visits her grandmother in Serbia. However, the old woman confuses her granddaughter with a fictive character from her favourite soap opera. A touching family story between reality and TV fiction.

February
RUS 2014 | 26 min.
Language: Russian w. Engl. ST
Director: Ruslan Magomadov
Chechnya, February 1944. Thanks to an unsuccessful hunt after a wolf, two brothers escape the deportation of their entire village through the violence of the USSR. A gripping story about inhumanity and fraternal strife.

8 Months (8 Ay)
TUR/FRA 2013 | 20 min.
Language: Turkish w. Engl. ST
Director: Hüseyin Aydın Gürsoy
The weekly call of his son, who has to serve in the army for another eight months, determines an old man’s life. A touching story about war, far from any front.

Soft Rain (Lágy eső)
HUN/BEL 2013 | 29 min.
Language: Hungarian w. Engl. ST
Director: Dénes Nagy
The orphan Dani gets adopted by a pig farmer. He falls in love with his classmate, but is incapable of expressing his feelings for her. Acts of destruction of himself as well as of others take the place of empathy in his emotional repertoire.

The Heat (Żar)
POL 2013 | 24 min.
Language: Polish w. Engl. ST
Director: Bartosz Kruhlik
For the first time ever, the adolescent Michael meets a girl, who should become his new girlfriend. What starts as an innocent story ends in a psychologically gruelling breakout of violence. Forget about teen spirit.

The Execution (A kivégzés)
HUN/ROU 2014 | 14 min.
Language: Romanian w. Engl. ST
Director: Petra Szőcs
“Playing Ceausescu” is common among the children of Cluj in 1990 – a game, which entails enacting a brutal execution. A precisely staged view onto a school yard as a place of subversive and direct violence. 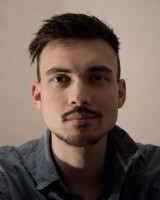