A family finds itself in a hopeless situation after an accident. They only feel safe in their own, scarcely furnished house and in its garden, surrounded by walls. Naturally, what at first is their sanctuary, soon becomes more and more like a prison. However, that prison can keep neither the two brothers, young adult Alek and nine-year-old Veli, nor their mother Milena from dreaming of the life outside and the freedom found therein. Despite all fear, the moment in which they will leave the suffocating walls of their home draws nearer.

A tragic event, which is viewed from three perspectives and told in three chapters, is at the centre of this visually impressive debut film by director and screenwriter Sonja Prosenc. The non-linear and fragmented plot structure of this skillfully constructed drama keeps the audience under a constant tension, emphasised by its camera work and the vivid soundtrack. “Indeed, this is a film of great emotional impact that describes a psychological state and an unbearable situation, rather than telling a story”, as assessed by the European film portal Cineuropa. One thing is certain: The audience will definitely be rewarded for their attention.

Cinematographer and Co-Writer The Tree 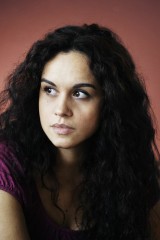