“One needs to be in danger when one utters a wish” - little Dove is convinced of that. And thus a dangerous balancing act on the roof seems to be the only way out of a life without perspectives.

The film will be presented within the frame of SHORT FILMS: PLAYFUL together with the following productions:

Games
(Igre)
CRO 2014 | 10 min.
Language: Croatian w. Engl. ST
This film was made during the International Talent Workshop at the Festival of Tolerance in Zagreb.
Zagreb, at the time of World War II: Despite the choking omnipresence of fascism, life remains a game for six-year-old Klara. But her childlike carefreeness brings her family into serious difficulties.

Hosanna
POL 2013 | 10 min.
Language: Polish w. Engl. ST
Director: Katarzyna Gondek.
In the eyes of a little girl, grandmother looks a lot like a witch. So she decides to spice up the religious old lady’s boring life a little. An absurd fairy tale in fascinating images.

Dipendenza
HUN 2013 | 13min.
Directors: Virag Zomboracz, Hanna Horvath-Molnar.
Bubu, the gentle giant, and the beautiful Adela live in a most unequal relationship. While Bubu is giving up on himself to prove his love to Adela, she cheats on him with a very able-bodied stranger.

Kids
Georgia 2013 | 6 min
Director: Giorgi Mrevlishvili.
Two children play on the beach. With bow and arrows. When they find a stranded fish, the boundaries between play and earnest dwindle. A tribute to the mysteries of childhood. 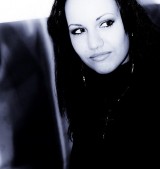 Director Dove on the Roof


Dove on the roof